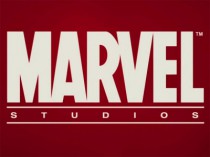 The highly anticipated sequel to box office smash Avengers Assemble is to begin shooting in the UK at Pinewood-Shepperton studios. This is the latest collaboration between Marvel  and the famous studio with Thor: The Dark World having just wrapped production and Guardians of the Galaxy due to begin shooting in the summer. With so many films sharing the same universe and set space, it’s possible that there may be some easter eggs contained in the latter two films.

Marvel’s decision to continue usage of the studio is great news to local crew members and will be a big boost to the British film economy as a whole. Avengers Assemble grossed over 1.5 billion USD, so to say the bar has been set high for the sequel is an understatement.

With a release date of 2015 set, fans can not only console themselves with the individual films sets for release, but in the news that director Joss Whedon has wrapped the pilot for his TV series spin-off S.H.I.E.LD.  Could it be that Marvel are going a bit overkill and are in danger of over saturating the market? Watch this space.