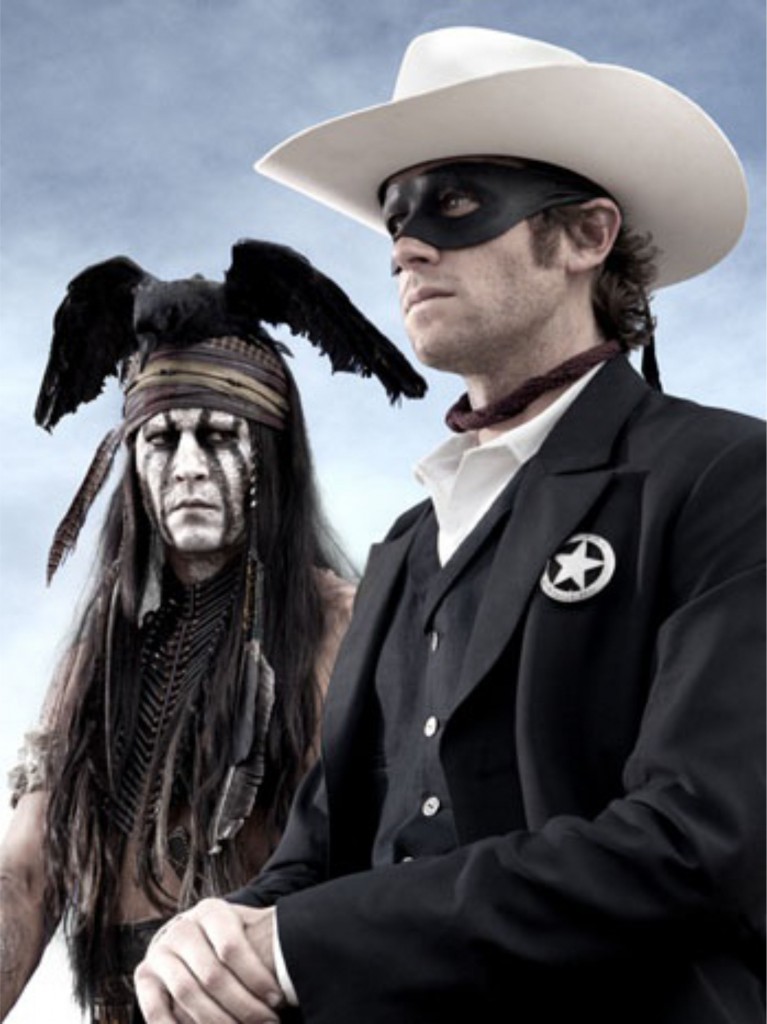 Just released is the theatrical  trailer for one of the most anticipated films of the summer blockbuster season, The Lone Ranger. It’s good to see this film finally getting to the screen after a long and troubled process. The film was stuck in development hell for years and finally optioned by producer Jerry Bruckheimer in 2007.

Since then it has gone through at least one director in the form of Mike Newall and been delayed due to clashes in filming commitments of its star Johnny Depp. Pirates of the Caribbean director Gore Verbinski was brought in to replace the departed Newall and filming was due to begin in 2011 when the production was halted due to budget concerns. When the costings were re-worked the production finally got underway.

By the look of the trailer the wait was worth it. Armie Hammer and Depp perform well against each other. There looks to be a lot of action and more than a smattering of comedy.  The Lone Ranger is released on 3rd July in the USA and the 9th August in the UK.