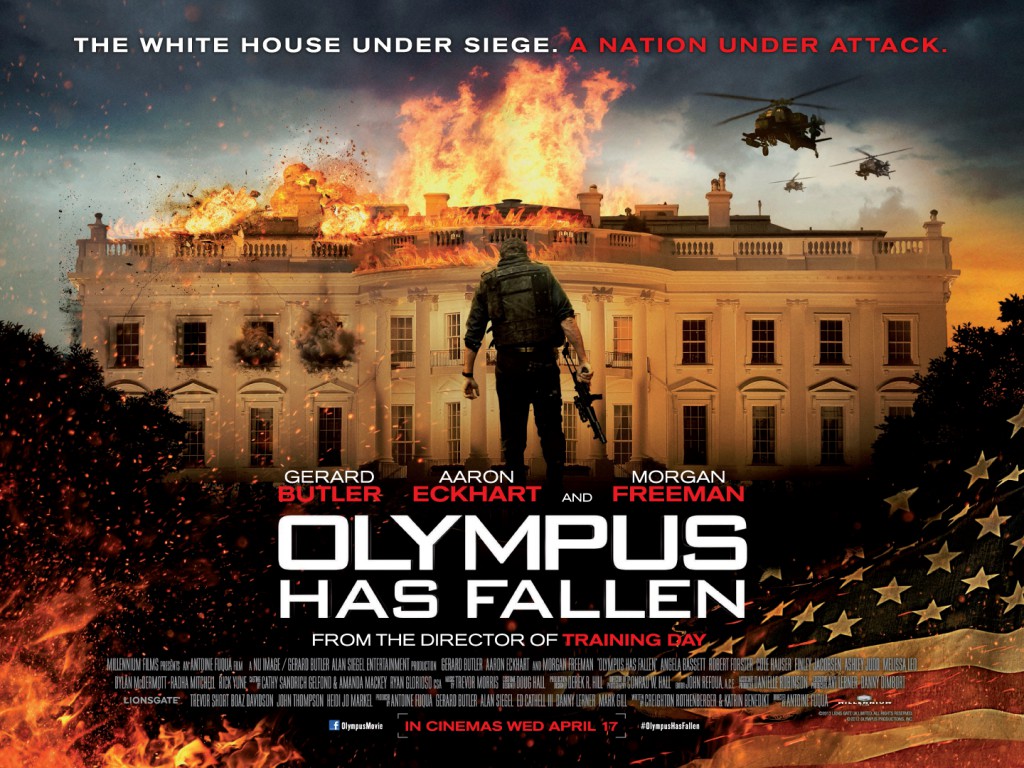 When I am dying from the flu I tend to live on my sofa and catch-up on all the recent movies I never got round to seeing. I must admit that I had never heard of this film, but since it starred Gerard Butler and had Olympus in the title I assumed it would men in loincloths running around eviscerating each other… I was wrong (but only half wrong)…

The film opens at Camp David where the President (Aaron Eckhart) is about to set out to a fund raiser with his wife and son. Gerard Butler is Mike Banning, the head of his security detail. Anyway a little accident happens and Mike and the President decide to part company!

Flash forward 18 months and the President is still going strong and Mike is miserable running a desk at the Treasury Department and I was starting to lose interest. I’m so glad I stuck with it as what happens next is 20 minutes of pure Fuck You America! The South Koreans are in town trying to get more military help from the US against their scary northern neighbours. As the President starts the meeting with the Prime Minister we see a big US Military plane flying into the protected airspace… It quickly sticks two spinning fingers of death up at the fighters sent to deal with it and proceeds to have some fun. This is followed by a ground assault on the White House which is just messy as the Secret Service get their arses handed to them… 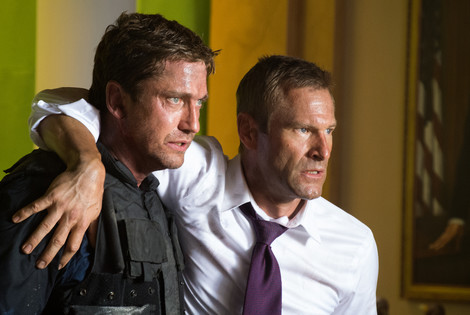 Not Mike Banning though… He is blessed by bullet repelling clothes and proceeds to break into the White House. From this point on we have a pretty bog standard action thriller, but those 20 minutes make this film a must see.

The supporting cast of Morgan Freeman and Angela Bassett do their jobs adequately and no-one is going to win any awards for this, but hats off to Director Antoine Fuqua (careful how you pronounce that one) as this film nearly beats out his most famous film Training Day as a must see.

Anyway this is a real popcorn fest and comes with one classic line, which I won’t spoil. Definitely worth a watch!

One thought on “Olympus Has Fallen”