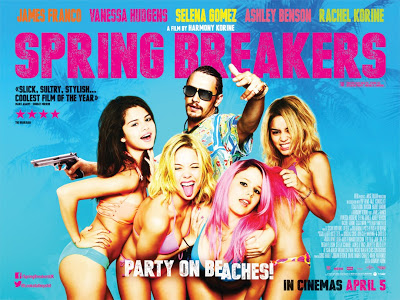 Well I am still sick and, as Gareth calls it, I have the writer’s bug, so I thought I would share my thoughts on this little movie from last year.

Why I acquired this piece of tripe I don’t know, but hey I thought we might get something akin to Thelma and Louise with a bit of the rather confusing Sucker Punch thrown in for good measure. Boy was I wrong.

The plot of this film goes something like this… Four college girls are bored and so three of them rob the local diner and then the use the money to fund their Spring Break trip to Florida. They party hard, get arrested and get bailed by a local Gangsta. Miss Goodie Two-shoes (Selena Gomez) gets scared and buggers off home. The other three go all Gangsta until one of them (Rachel Korine) gets shot in the arm by the local hard case, then she buggers off home too. The remaining two (Vanessa Hudgens and Ashley Benson) shag their Gangsta mentor and then proceed to take bloody revenge on the local hard case. Everyone dies except the two girls in bullet repelling bikinis with infinite bullet clips (there was nowhere for them to be concealing extra clips). They steal the hard case’s Ferrari and drive back to college. The end. 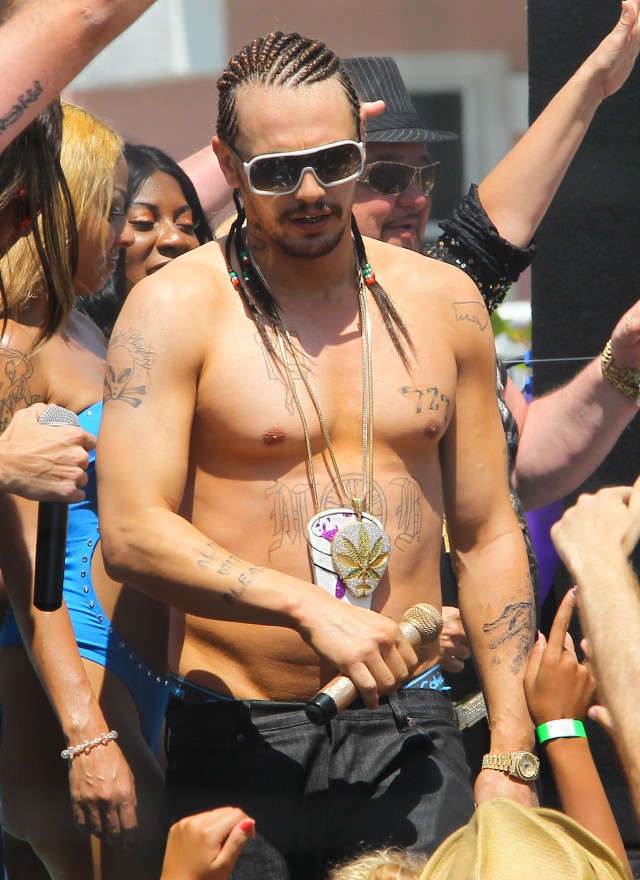 From start to finish this film is full of young women and men being dicks i.e. getting pissed / high and heading into teenage pregnancy land. I was stunned to find that it was written and directed by a woman called Harmony, before finding out that Harmony Korine is actually a 39 year old bloke from California whose only other claim to fame was that he wrote to the screenplay to the 1995 film Kids, which was about a guy trying to spread HIV to as many girls as possible. Seriously man you are weird!

Anyway the four girls are bearable and James Franco makes a pretty convincing Gangsta boy but I was rather glad when the film was over. I don’t know who this film would appeal to but I found it painful to watch, and God help America if this is a true reflection of what its youth get up to.

In a word… AVOID!

One thought on “Spring Breakers”