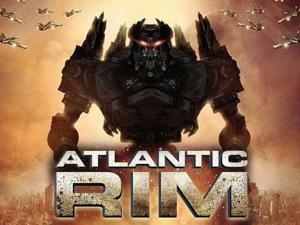 The Asylum is fast gaining a reputation in the movie world for all the wrong reasons. They cheerfully spout their mantra of concept, first script later in all of their productions. To say that they have a concept is a bit of a stretch. Basically they look at the release schedules for big budget blockbusters, read about the story line of the movies and go on to quickly produce a DVD release in the same mold and a very similar title. The film is then released at the same time as the blockbuster with the intention of making as much money as quickly as possible. The only problem is that the movies are universally shite.

The latest effort is Atlantic Rim. In a cheap rip off of the Guillermo Del Toro  film Pacific Rim the story starts with an investigation into an oil leak from an offshore rig. Instead of a pipeline problem it turns out that a giant monster has risen from the deep and doesn’t seem to like people. The US army is called in to investigate. They send a trio of experimental manned robots into the deep to investigate. It isn’t long before they encounter a monster. After a fight in the sea and then on land in a handily placed metropolis the Army with the help of the Air force and a robot triumphs.  Of course the leader of the robot team is a maverick who doesn’t follow orders. His second in command is a woman who is actually in love with the leader but cannot show it. The third member of the team has to bind the group together as only the wing man can.  The threat of  more monsters soon becomes reality. Can the team save the day? 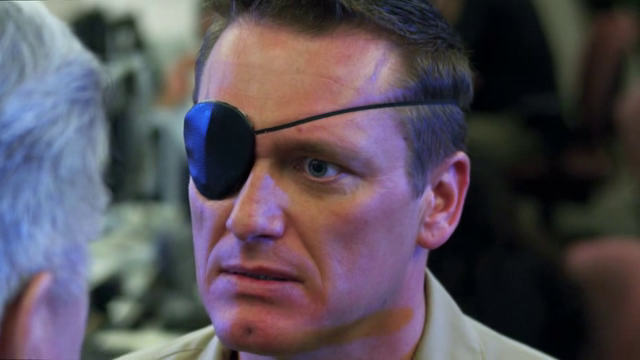 This is just so bad on every level. The story is poor. The script is cheesy and dull. There is not a single scene that has a good sequence of dialogue. The film is predictable in the extreme. Even with a script as bad as this you might expect a couple of reasonable performances. Alas no. Every actor is limited by their lines and the lack of direction. You get the feeling that some of them are playing it tongue in cheek. Unfortunately it doesn’t really work.  The cast is a mixture of actors who are vaguely familiar from supporting roles to those whose credits are littered with parts in obscure films and TV shows.  You would have thought that as trained actors they would have been able to deliver a line. On this evidence it would appear not.

The film has little or no direction and the production values are particularly low. Scenes are filmed in the cheapest locations possible and are interspersed with stock footage of Army and Navy maneuvers. Sometimes over and over. The special effects are astonishingly bad. Even by 1970’s Doctor Who standards they are terrible. Nothing on the screen looks like it remotely fits in. There is no excuse for effects for this now when you see examples of well made films on a small budget with believable CGI.

The whole film just seems like it was put together in the shortest time possible. No great thought has gone into any aspect of the production. The whole idea appears to be to just to get a film out there as quickly and cheaply as possible. There is not heart in the process and absolutely no pride in the film making process. This is worse than bad. Avoid.