Another year has passed which brings us to the fourth annual Loch Ness Film Festival. Once off the train I’m picked up at the station and taken straight for dinner with the organisers. The weather is nice which allows us to eat in the garden of organiser Will Doig. Along with the other half of the festival, his son Andrew, they tell me that the overall quality of this year’s submissions has surpassed previous years. I’m looking forward to it.

Kicking off events is David Izzat’s The Jacket. A sombre affair about a young girl who seeks comfort from her Grandfather when she becomes the victim of friends turned enemies. The tension build slowly before a surprising horror themed twist leaves you wanting more. 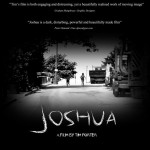 Despite critical acclaim, Joshua was rejected by many film festivals. Thought provoking with dark subject matter, the film is as powerful as it is disturbing. The images aren’t graphic but the suggestion is.

One New Message is a depressing story about an old man dealing with mortality. Beautifully shot, it does however only have one gear and proves to be a little dreary.

There’s no laughs to be had in Broken Morning either as a love sours before our eyes. Despite the absence of dialogue the story is perfectly told with a great twist. A complete short film.

Jason Fleming stars in Plagium, a dark tale of illicit revenge. The twist is a little silly, however the idea of the lengths of where a father will go for his daughter is strongly presented.

Woodwoo starts ominously as the film centres on two tree cutters. Nothing much really happens, however one particular scene involving a chainsaw provides enough suspense to keep the audience on the edge of their seat.

Animated short Snap is cute, colourful and provides laughs that are suitable for all ages. It’s uplifting tone provides a 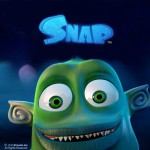 Our place in the universe and our contribution to existence is the questioned in the Noble Brothers Is this it? Food for thought.

Closing the first day is feature film Call of Babylon, also by the Noble Brothers. Many similar themes are examined here with heavy religious overtones that at times are too preachy. A convincing villain and fast paced fight scenes are the strengths on offer here. At 110 minutes, it does drag out however there’s enough action and violence to keep my attention all the way to it’s shocking climax.

A quick couple of beers and it’s bed for all involved as we get to do it all again tomorrow.

Moviescramble favourite Paul Bruce’s Nuns of Evil was first up on the Saturday. An exploitation dark comedy about devious nuns who had no qualms in taking out sin by any means necessary.

Notes proved how the two leads don’t have to meet for their to be chemistry. A full review can be found here. 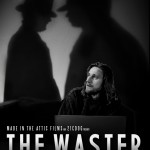 A writer is charged with squandering his potential in The Waster and is told that unless he gets his act together, he will be erased from existence. A definite nod to shows such as the Twilight Zone and the Outer Limits shines through in this tale of procrastination and fate.

The dreary tale told in the Greyness of Autumn may sound clichéd, however when told through an ostrich named Gary the results are comical. A full review can be found here.

Thanks Becky tells the story of two Glaswegian ‘lads’ as they recount their previous weekend of hard drinking and womanising. One of them is in for a nasty surprised however as his amoral lifestyle has consequences.

A fractured love story is laid out within three minutes in That one Brief moment. The abrupt ending felt a little harsh as the film played out like a music video with a story.

The following three films were directed by myself. As it’d be self indulgent to review my own work, I’ll mention what the audience thought.

Lament is an art house horror with sinister and distressing visuals that got mixed reviews from the audience. Craig Ferguson’s performance in Last Exit was highly praised by those in attendance. Man vs Tulip got the required laughs when it was supposed to.

A sudden death in The Balance offers one man a new job in the afterlife. He has to be the devil on the proverbial shoulder ensuring that his counterpart doesn’t allow to many good things to happen. A comical dark comedy, not for the easily offended.

The performance of Sunday league footballer Colin Dimmock is documented in Dimmock: Portrait of an Athlete. A parody of the Zidane documentary of similiar name, Ray Mearns turn as “Dimmo” is a comedy act to remember. Not for children as we found out quickly.

Continuing in the football theme was Sectarian Secret Police. When a Partick Thistle fan is kidnapped, he is forced to make the inevitable choice all Jags fans must…choose one half of Glasgow’s notorious Old Firm to support. Social comedy that with a light hearted approach.

Fate is romantic comedy where a lager swilling waster takes up jogging to impress a lady he has in his sights. Despite all his efforts, is it meant to be?

Officially at the halfway point, it was time for a rest and some food while we waited for the next screening to commence.