After a quick chippy and a rest we’re ready to continue with the second and final block of the day. 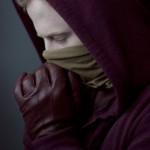 Cowboys and Dissidents is a powerful drama as a would be hitman looks to extract revenge against the man who murdered his father. The suspense is turned up to 11 as he finds himself in a dire situation at the man’s home. Presented in Blu Ray the film looked incredible with performances to match.

Chain smoking and heavy drinking isn’t usually associated with athletes, but that’s the subject in mockumentary Runnerman: The ballad of Jackie Reid. Hilarious set pieces inject much needed life into this tired genre.

Ness Talk was produced by a local film group. Locals, visitors and foreigners are asked questions on the elusive and mythical Nessie. A simple idea that is excellently presented.

A Little bit of Red is an art house interpretation of the Little Red Riding Hood story. Bleak and full of apparent deeper meaning, it split opinion with the audience.

Fans of A Simple Plan will see the comparisons in Troika however that is not a criticism. The loyalty of three friends is put to the test in this simply shot and effective thriller.

Speaking of influence, The Wickerman shone through in The Collection. A research assistant gets caught up in pagan rituals as he assists his professor in this disturbing horror

The theme continued in You are going to die. A man is driven insane by a sinister message being delivered through his 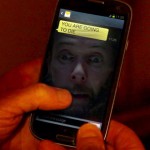 electrical devices that he will meet his end, likely soon. Tense and sinister.

The tone shifts to comedy for Mad Mitch. A forgotten rock star would rather relive tales of his glory days than do his current job fixing electrical items. Funny to begin with, it dragged on too much towards the end.

A Dog’s Life has a man fantasising what it would be like if he was allowed to act like his canine companion. Ro Goodwin acts and directs in this Benny Hill inspired comedy.

A Frenchman feels he owes it to his Granddad to capture proof of the legendary Nessie Loch Mess. Once at the famous Loch, he quickly realises that to catch the beast he’ll need to try harder than shouting its name and throwing bread into the water. A warm tale that is irresistibly sweet at the core.

A swimming prodigy is stuck between the rock of local bullies and the hard place of his abusive dad in Driftwood. A powerful drama with great performances most notably by the lead Sam Gittins and Neil Maskell.

Best friend’s never really die in this One Year Later, a romantic ghost story from Fraser Coull. A full review can be found here.

A story is told via flashback of how Lief Lost a Book in the film by the same name. As the story unfolds, it doesn’t matter if the story is genuine or not. Why let the truth get in the way of a good story, especially when it’s as funny as this one? 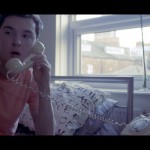 Deep Emotion was my pick of the day. Typical student film, pretentious and bleak with a comical twist. The commentary track rips it to shreds. Laugh out loud funny and probably uncomfortable for many filmmakers who are probably guilty of making the ridiculed film in question.

A mix up in communication meant we ended up a different pub from the filmmakers so we went back to Will’s house for a few glasses of red. I slept easy that night.

Day 3 started with a difference as the festival hosted a guerrilla filmmaking workshop. This allowed the local children to had hands on experience with the recording equipment and make their own movies. The organisers were left exhausted by their enthusiasm.

The rain stayed at bay for the annual BBQ which saw many burgers being devoured. A then full audience took their seats in the Abriachan Hall for the final block of films.

Horror Refuge 115 provided the scares as a group taking refuge in the tunnels during a blitz found themselves being hunted by an unseen force. Atmospheric and creepy.

The Fencers is a well crafted drama about two love rivals. They decide to settle their scores in a tense duel. 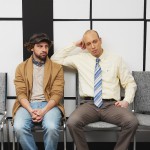 Manfred & the Waiting Room is a surreal French comedy that despite finding humerous, I struggled to make much sense out of it. The end ties the film up beautifully providing the killer punchline needed in a brilliant twist.

Shep Baker, a mockumentary about washed up a Jazz musician on the comeback trail. Animated flashbacks and interviews with his collaborators portray a comical take on his troubled life.

And with that the festival comes to a close. Everyone is all smiles as they wander down the hill on their way home. Moviescramble wasn’t finished though as a night on the town was in order. That’s a story for another day though.