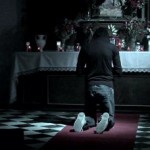 Writer/director Davide Melini is making something of a name for himself in the horror world. His film the Sweet Hand of the White Rose has won several awards including 2nd Best Independent Film of the Year at the Italian festival Indie Horror and the Best Cinematography award at the Spanish festival Cesur en Corto. Having enjoyed his previous film the Puzzle I was looking forward to watching this one. At three times the length, I was intrigued to see if it would sustain my interest for its duration.

Mark (Carlos Bahos) is having a bad day. His girlfriend (Leocricia Sabán) is giving him a hard time and he really can’t be bother with her. Going for a drive to clear his head, a split-second mistake proves to be a costly mistake for all involved. With the actions shifting to a graveyard, why is Mark wandering a graveyard at night and why is their a childlike presence haunting him?

Beautifully shot in places, the graveyard scenes cast a somber tone over the story. Cinematographer Jose Antonio Crespillo impresses even if the film looks overly polished at times considering the gothic imagery.

A dark tale of of loss and tragedy, Melini has created a well crafted chiller that carries a deeper cautionary message. Bahos is excellent as the troubled lead; confused and afraid, he stumbles around his surroundings with hesitant curiosity.

Although I never felt that the film dragged in anyway, once it was over I felt that the opening scene was unnecessary. I didn’t feel that it added anything to the story with the minimal backstory proving irrelevant.

Despite an eerie coating over the events the climax shows that this is a tale that intends to open people’s eyes as opposed to having them close them in fear. 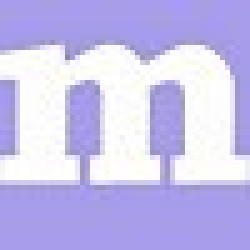 Andrew Doig
A freelance writer who contributes to moviescramble