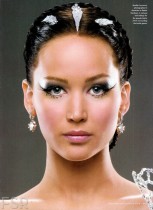 Firstly, can I just say how nice it is to see so many people online who are cine-literate enough to reference Kinji Fukasaku’s 2000 film Battle Royale when issuing online put downs of the Hunger Games series. Who knew that so many were firm fans of Japanese Manga-art and films!

Indeed much of the success of the Hunger Games franchise is that it seems like it was made by a committee. There is a healthy amount of the afore-mentioned Battle Royale, some social commentary on Reality TV, a love triangle to keep pining Twilight fans happy and just enough girl power to keep both teenage boys and girls happy. How can it fail?

Well, in monetary terms it’s certainly hasn’t and doesn’t appear to have any problems on that front for the next couple of years with the final book in the trilogy, Mockingjay stretched out to two films to keep the money flowing in. However, when you looking a bit closer, the problems become more visible.

Without having read the books, it’s seems obvious that there are some serious political undertones to the series. The Hunger Games are a tool played out in the media to remind the majority of the entitlement of the Capitol and a warning to anyone that steps out of line. However, these themes are largely lost as the films build to the glee and excitement of the main event, in an ironic shadow of what they serve to the audience within the story.

The films serve as a platform for Jennifer Lawrence, playing the part of Katniss Everdeen, to establish herself as a star alongside her roles in the X-Men series and more serious fare such as Silver Linings Playbook. She is more than up to the task and takes to the role with an over played intensity that the script often fails to support. The supporting cast is filed with more established actors, the likes of Woody Harrelson and Donald Sutherland, which is reminiscent of the Harry Potter series (more of that later), who overlook the silly names and costumes to add a sense of gravitas to the proceedings. 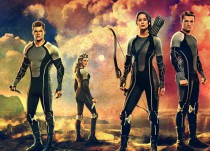 The film is directed by Francis Lawrence who cut his teeth on the likes of Constantine and I Am Legend. He is a safe pair of hands but never anything more. The rumoured involvement of people like David Cronenberg and Joe Cornish may have been on-line mischief making but you can only wonder what they would have made of it. However, some blame must be taken off the director as many of the problems of the film come from the source material. It’s a straight re-tread of the first film to the point that it feels they overlap each other. It’s hard to see what else they could have done with the pacing of the film though, perhaps playing the trump card of the Games themselves earlier by way of flashbacks to the previous winners, as the film certainly livens up once the Games start. Peeking ahead to see that we will have two films without any Games, you can only imagine that it will lose the visceral thrill that exists once the cannons start sounding.

The emotional pull of the first film is missing in Catching Fire. Where we previously saw Katniss pulled out from her home and thrown into a world she had no understanding of, instead she is just another returning warrior ready to fight again. Without that sympathy, it’s just a matter of time of waiting to see who dies first.

There is also a sense of scale lacking which may come from the background material in the novels. How the Capitol seems to have so much power against the whole of the country is never established. There are twelve districts, so it’s a matter of numbers when it comes down to it. An uprising shouldn’t be so hard really. Especially as President Snow, played by Donald Sutherland seems to be the only one calling the shots.

The Hunger Games has stepped into the gap left by the end of the previous franchises Twilight and Harry Potter in recent years, and at times it nods to both by adopting the same flaws that dogged either series. The love triangle, a throwback to the Twilight films, is an anchor that stops the films moving forward at any serious pace. There are certainly more important things going on here that Katniss should be concerning herself other than who to kiss, but it keeps coming around to the same old point and I’m sure we will be here in two years waiting for her to decide. The Harry Potter Syndrome applies here in the sense that everyone seems to know what is going on but our hero Katniss herself, and no-one sees fit to just sit down with her for five minutes and get her up to speed. Instead she is left to fumble around and happen upon the plan to save humanity. It’s never clear why if she is the hope to which the whole rebellion is looking to, they don’t trust her enough to include her in some basic organisation.

While it’s hard to argue with the success of the films, it does feel like the series could have offered a little more. The premise of the Hunger Games is brutal and exciting, but unfortunately the films retain a bloodless distance from any of the edge that the series promises. Maybe it’s time to look to Fukasaku’s Battle Royale DVDs after all and see if those internet know-it-alls were right all along.