Films will generally get a sequel based on the box office success of the original. The film may not merit a follow up however this is a minor quibble when profit is involved. Take RoboCop 3 for instance. The studio execs didn’t flinch when Peter Weller didn’t sign on to complete the trilogy. Fuck him, Murphy wears a helmet anyway. 3 grams of cocaine later and RoboCop can fly. There are some truly great sequels that are superior to the original such as The Empire Strikes Back, The Dark Knight and Fast and Furious 6. However good sequels are generally considered the exception to the rule with cineland a desolate wasteland of ruined ideas and ill advised cash ins. Every so often though a sequel comes along that is not only awful, but so terrible that the sanity and logic of those involved in making it is questioned. Here’s a few of them. 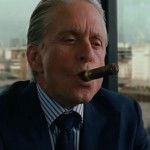 Wall Street ends and Michael Douglas goes to jail. Huzzah for justice as a greedy businessman gets his just desserts. Arguably more relevant today in light of the banking crisis, it feels good for the common man to see someone of this immoral stature put in their place. But hey, why bother re-watching it and applying it to today when Oliver Stone can just shit out a more contemporary sequel. George Gecko gets out of jail and fast forward 6 years later he’s a bestselling author. Clearly there was no box office interest in seeing how he got there so let’s follow Shia LeBouf as he talks a lot about numbers while Josh Brolin does his best Mr Burns impression. Wall Street isn’t a film that merited a sequel and …Money Never Sleeps doesn’t merit watching. Too long and convoluted it’s so predictable you’re left bored to tears by a film that wastes everyones time.

With its *cough* ambiguous *cough* ending, fans of Patrick Bateman were left with enough questions that they may have demanded answers. Best way to remedy that? Make a sequel. And to be fair, they do put to bed any dubiety over whether the murders were in Bateman’s head or not. In this film he has went down as one of the most notorious serial killers in history. Oh and he’s dead. Murdered by a little girl within the opening five minutes. And Christian Bale isn’t in it. Instead he’s portrayed by Michael Kremko, who you may recognise from The Chippendales Murder (no?), complete with an assortment of attire we saw Bateman wear in the first one. You know, just in case you were having trouble identifying him which is understandable considering the different face. The murderous little girl grows up to be Mia Kunis who then starts killing people for, well, something to do with a teaching position? I’m finding it difficult to recall without stabbing scissors into my eyelids. It’s awful. Truly awful. That the film wasn’t even supposed to be a sequel to American Psycho is not only telling but ultimately damning. 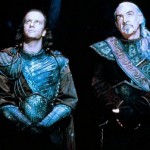 There can only be one…ish. Highlander is not a film that has aged well, however for all the reasons our writer John hates it, I love it regardless. It’s cheesy, nonsense, laden with plot holes and is so 80s that it should be illegal. But it’s fun, unlike its bastardised sequel. Someone thought that the origin of a bunch of immortals (who can die, whoops) needed told and done so spectacularly bad that if it was released today, fan boys would be burning effigies of the writers, or more likely flaming them online. After Connor MacLeod kills the last immortal in Highlander he becomes mortal and is allowed to age and then die an old man. Considering the runner up prize was decapiattion, this isn’t a bad deal. Except he’s not the last immortal, only the last one that remains on Earth as more are still alive on their home planet of Zeist. Because they’re aliens. If you’ve only ever seen the first film, I promise you I’m not high, this is what they made. The films was so incredibly bad and hated that when a third film was released, Highlander II was promptly ignored. A TV series followed with a couple of more films thrown in for good measure. All of which made a mockery of the original film’s ending, which in itself is no mean feat. 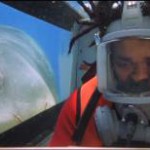 The original Jaws is the greatest film ever made. Nope, ssshh, stop arguing you’re wrong. Jaws 2 is a decent sequel and Jaws 3 may be awful but it has a place at the table, albeit as the one taking the drinks order. Jaws: The Revenge on the other hand is an insult to the franchise. For some inexplicable reason a shark decides to target the Brody family in what we’re led to believe is revenge attacks. Ellen Brody is convinced that the shark that killed her youngest son did so on purpose. This doesn’t sound too crazy considering her family’s history with great whites. Ellen is also convinced that shark killed her husband despite him having a heart attack. “It was the fear that killed him,” she shrieks, which is a little more south of sane.  Oldest son Michael thinks this is nonsense and despite having been face to face with sharks in perilous situations for three films (maybe Ellen has a point)  is now a marine biologist. Is the shark related to any of the previous sharks? Fuck knows, it’s a shark. Ellen knows it’s personal and even shares some kind of psychic link to the shark. And if you’re brain hadn’t melted by now the shark also roars because, well fuck it roars are scary. Despite this bat-shit insanity I enjoy the film. I can’t defend any of its faults though, and it thorougly deserves a mention. Plus Michael Caine is in it. That gives it a pass. The film was so bad it inspired this stand up routine from Richard Jenni which is worth a watch.