An adaptation of Neil Gaiman’s The Sandman has been in development since the 1990’s. Since then many failed adaptations have came and went including an attempt to bring the story to the small screen. Well good things come to those who wait as David S. Goyer and Joseph Gordon-Levitt have signed on to produce the cult comic series. Sceptics may scoff at the latest news, however with Gordon-Levitt also rumoured to star and direct, it gives the project more weight than it’s had since Roger Avery was fired from the project almost twenty years ago. 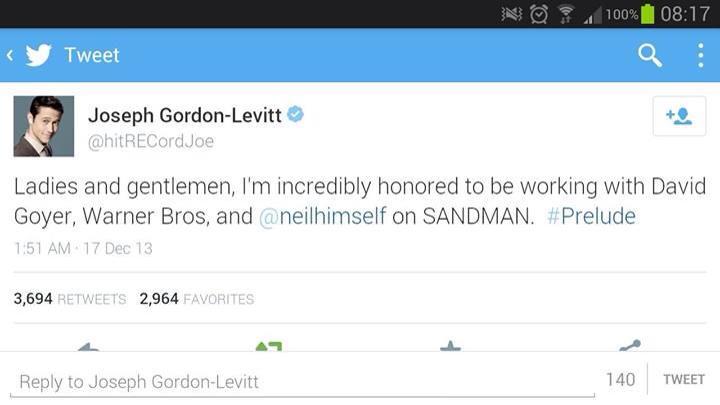 The Sandman’s main character is  Morpheus (also known by many other names) the personification and lord of dreams. At the start of the series, Morpheus is captured by an occult ritual and held prisoner for 70 years. Morpheus escapes in the modern day and, after avenging himself upon his captors, sets about rebuilding his kingdom, which has fallen into disrepair in his absence. Sounds good to me.

With Warner Brothers also on board, the project looks to be in safe hands…for now.