It’s been a hard year for watching movies for me… I’ve really struggled to get to the big screen to see stuff and when I did I was often left feeling a bit hollow. Only 5 of my top 10 were seen in the cinema and ‘God Bless The Internet’ for the rest. I also feel I have missed out on some of this year’s gems, but I’ll catch up with them in 2014 I am sure. So read on for my top ten films of the year. 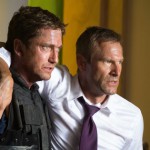 10. Olympus Has Fallen
This year we got two movies about terrorists having a crack at the White House and the President. Personally I prefered the popcorn-fest that was Gerard Butler’s offering over the very cheesy White House Down that followed it. Pure unadulterated action and my opinions haven’t changed much since a second viewing, so feel free to check out my review here. 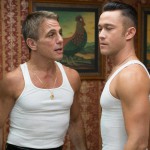 9. Don Jon
This was one of my Christmas pick-ups. I was intrigued by the preview we wrote about earlier in the year and I have to say that Thomas’s review is spot on. I loved this film and thought the whole cast were just excellent.

8. Red 2
The first of the many sequels in my list. Red 2 is another piece of pure and unadulterated ridiculousness and is far better than the original. We didn’t manage to write up a review, which is a shame as this is definitely one to pick up if you missed it’s cinema release. Again the whole cast of aging stars wipe the floor with their younger counterparts. Too much fun. 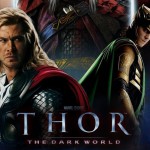 7. Thor: The Dark World
Straight on into the second sequel and definitely my favourite superhero movie of the year. I was disappointed by Iron Man 3 and missed Man of Steel, but hopefully 2014 will serve us better with Spidey 2 and Captain America 2. I like the Thor ensemble better than the Iron Man groupies and my only complaint was that it could have done with a bit more of Chris Eccleston who was sorely underused. 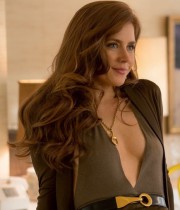 6. Oblivion
I’ll be honest, this film looked rubbish on paper and I walked into the cinema when the only other choices were kiddie movie and this was a last resort. So glad I saw it though. I think this is Tom Cruise’s best film is years and far better than his Jack Reacher franchise kickstarter. A very tight cast and a modest set of effects made this one to watch. John’s review can be found here. 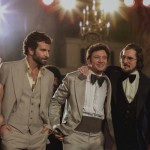 5. American Hustle
Wow, this film is different. The 70s left behind such a disaster of fashion that often modern films set in that period feel like a bad caricature. Here we have complete polar opposites though… Bradley Cooper and Jennifer Lawrence get the disastrous outfits, Christian Bale gets a scary belly and Amy Adams is the sexiest thing I have seen at the cinema in years. The story is well paced and adding Jeremy Renner to the mix leaves an ensemble who must take home at least one of the acting Oscars between them. I really need to write a review – I have been slack of late! 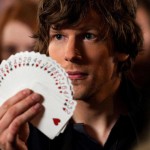 4. Now You See Me
I love a good heist movie and it feels like years since we have had one worth the title “Best Heist Movie of the Decade”. Again we have an ensemble piece where it is hard to fault anyone and I really like the interactions between Mark Ruffalo and his Interpol sidekick Mélanie Laurent. We get a satisfactory twist at the end and all is right with the world! Here is John’s review. 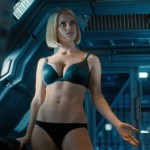 3. Star Trek – Into Darkness
Last sequel… How many people hated this film? I loved it. I like the echoes of the original films and I like how the new Enterprise crew are fitting together. I hope the franchise continues strong for many years to come. I won’t got further – read my review here. 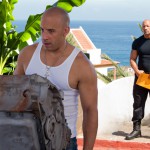 2. Fast and Furious 6
The last few films of this franchise have been stunning and the sixth outing of Dom’s gang of miscreant car junkies is no less entertaining. Sure the majority of the stunts are ridiculous, but if I wanted reality I can either watch Nitro Circus or the evening news! No idea what will happen now following the tragedy of Paul Walker’s death, but I think it would be a shame to stop making these films just because he can’t be in them, because if I am totally honest he was one of the weaker links in the cast anyway. Here’s Thomas’s review. 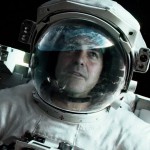 1. Gravity
We made it to number one. When I wrote my review back in October i did gush rather and this was going to be hard to top. Again we have two lead actors on the top of their form and a set of visuals that will make every sci-fi director for the next 20 years weep into their pillow. Bravo to you all.

So there we have it. No Hobbit this year in my top 10… Sadly it made me yawn as the pacing was way off. I think Gatsby would have made it into the list, but it didn’t make it to my eyes this year. So to round things off I will leave you with the left-over Turkey.

Happy New Year and I’ll see you at the Movies!