“It was the best of times, it was the worst of times.” 2013 definitely adhered to the latter. There were some films that I expected to make this list before I’d even bought my ticket, however there were others that took me totally by surprise…in the worst way possible. 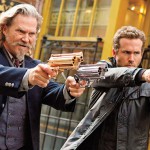 Men in Black III clearly wasn’t bad enough, so how about taking the best bits of the first MIB and replacing aliens with ghosts? Sounds desperate, but hey Jeff Bridges is in it, so that’s got to count for something right? Sadly not. Poor visual effects paired with a lukewarm script and a cast that phone in their performances (with Mary-Louise Parker being the exception) does not a good film make. The main gag of the film appears to be that people on Earth see Bridges’ Roy as an attractive woman as opposed to the surly gunslinger he is. It wasn’t funny in the trailer, and doesn’t get any more funny the more it’s repeated. Which is a lot. The most surprising aspect of this film was seeing Kevin Bacon in it as the main villain. Did you see his name or face on any of the promotional material? I didn’t. For a second I thought it was another advert for EE. I don’t know what’s less bearable. 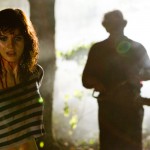 The Texas Chainsaw Massacre series is one of the most iconic horror franchises in cinema. 2013 sees its first foray into 3D and you know it isn’t that bad…for the first 5 minutes at least. The film goes from incredibly bad to horrendously shit in the space of about 10 minutes. Character development and plot devices are never going to be the focal points of a slasher series, however please treat the audience with more respect than you would a lobotomised cat who could even pick holes in this. Truly dreadful, the final insult is when Leatherface transforms into an anti-hero. Excuse me if I don’t feel sorry for a maniacal chainsaw wielding murderer no matter how antagonising his victims are. 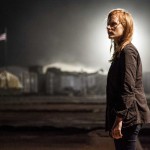 This was a difficult one for me. I’m a huge fan of Kathryn Bigelow and I’d been looking forward to this for a while. Nothing but disappointment followed the opening scene. Granted, you should know how this is going to end, the film is injected with so much realism all tension and suspense is AWOL. I didn’t care about any of the characters or even noticed when Bin Laden (spoiler alert) is killed. Everything is treated like it’s a non-event. That may be how these guys roll in the real world, but come on, give me some form of entertainment for the cinema. Critics debated whether the film’s torture scenes served as a literal allegory for real life controversies. I would have joined in, but I was sleeping by that point. 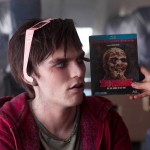 It’s not that the film is incredibly bad, it’s just that hey I’ve seen Twilight. I don’t need it retold with a different undead being. Warm Bodies is a film that’s confused. While it tries to be a rom-com it manages to be neither romantic or comedic. The tone drifts into darker territory on occasion, but again it feels disjointed. Nicholas Hoult does his best with the material available but even he can’t save this mess of a film. The plot holes would be laughable if they weren’t so punch in the face annoying. Despite the premise it doesn’t offer anything new to a genre that is known for below par output.  Ultimately as soulless as the zombie antagonists. 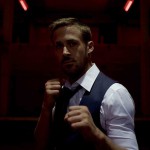 I liked Drive. Granted I didn’t think it was the second coming as reviewed by many but I enjoyed it nonetheless. Nicolas Winding Refn’s most recent film with Ryan Gosling on the other hand…not so much. The main characters appear to be devoid of any facial expressions with overly long scenes being drawn out just to show off how nicely framed the shot is. Style is thrown to the foreground as substance phoned in sick for work .The premise of the story is pretty simple considering how up its own arse the film is.  At the heart of the script is a clichéd revenge thriller which sounds much more entertaining than the pretentious and self indulgent art house nonsense that’s on offer. 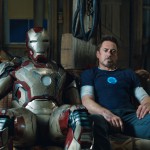 Avengers Assemble has been and gone and now we’re onto Marvel Studios’ Phase 2.  After the disaster that was Iron Man 2, Shane Black took over the reins to save the third instalment. So what happened? Iron Man had a light hearted humour that served as a stark (sorry) contrast from the darker DC films Warner Bros were producing. It set the template for the upcoming pre-Avengers films with its witty script and colourful palette. The latest instalment presents a grittier film but only in the grade. The script is injected with comedy, much of it visual. Slapstick is a strong theme that runs throughout with un-funny jokes being repeated. Then there’s the twist. Sweet baby Jesus, what were they thinking? If these gags were presented in a parody of Iron Man you wouldn’t laugh. I’ve no idea why you’re supposed to here. 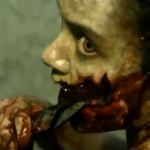 It’s not a remake, but it more or less retells the same story. It’s a reboot, but it’s also a sequel to the original trilogy. What isn’t in doubt, is that it’s a complete shambles. As an instalment into The Evil Dead franchise all it does is make us yearn for a more memorable and familiar  protagonist. As a horror, it offers nothing new to the genre instead rehashing the best bits from films you’re already bored of. If Evil Dead came out 30 years ago, it may have had more of an impact though it’s more likely that if the original came out today it would still be the superior of the two. To be fair, it can be argued that The Evil Dead benefitted greatly from its sequel which establishes Ash as a hero and creates an icon of horror that is actually the good guy for a change. Will history repeat itself? We’ll find out as a sequel has already been announced but for now you’re best reacquainting yourself with the original. 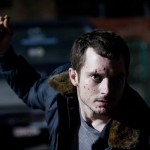 Elijah Wood has proven he can play psycho with his exceptional performance as Kevin in Sin City. Here, he’s about as menacing to the audience as Frodo with a hangover. Shot entirely from the killer’s point of view, the film is secondary to the gimmick. And that’s  all the film is. A gimmick that hinders the characterisation, plot development and narrative structure. A self indulgent project that may have worked well as a short film, but as a 90 minute feature it drags. 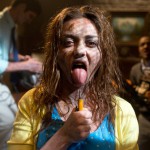 Remember that time you said it’s been too long since a Scary Movie film was released? No, me neither. I don’t even know where to start with this film. The parodies within are baffling to say the least. Sending up recent horrors such as Sinister and Evil Dead are to be expected, but focusing heavily on older films, some not even horrors, seemed desperate. Pop culture references are not funny by default, the mere mention of them isn’t enough to evoke laughter but that’s what the team behind this golem are expecting. Same applies to throwing Charlie Sheen and Lindsay Lohan into the mix. Two train wrecks that people got bored of years ago and now the joke is they play themselves, parodying themselves. This was the ace up their sleeve?  Lazy, mundane and painful ; reports that the film is currently being used to torture terror suspects can’t be confirmed at this time. 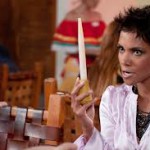 When I first saw this film in January, I said it would take something special to beat this for worst film of the year. I really don’t know where to start with this botched attempt at comedy. The plot (if you can call it that) has a group of three teenagers searching the net for a mythical film called Movie 43. However that’s if you’re watching it in the UK. The US version has Dennis Quaid as a screenwriter who is pitching a series of segments. What follows are numerous unfunny sketches to hold the film together that have no comedy value at all. That people laughed when I saw this in the cinema made me question the survival of the human race. I don’t meant to sound like a film snob, I just fail to see how anyone can consider this abomination entertainment. What’s upsetting is that this will be arguably the best ensemble cast of the year. Unlike Scary Movie 5 it feels as if the intention of Movie 43 was to make a bad film. And maybe it was. Maybe it’s all some massive dick joke by super rich Hollywood A-listers who decided to waste money by cinematically spunking in the face of their fans. If that’s what you’re into, to each their own. However it’ll be hard to find a demographic for this atrocity.