In the last part of our look forward to all things cinematic in 2014 we give you the top picks from Jason. Taken on a month by month basis the list gives flavour of what to seek out at the local multiplex. 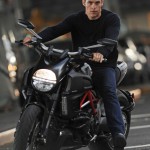 The Jack Ryan film series was one which held so much promise, based on the source material. Although popular they regularly got a critical panning with The Sum Of All Fears getting a real (and unjust) battering. Just when it looked like the franchise was dead it was announced that Chris Pine would be taking on the role in a new series of films. Crucially the film is not an adaptation of a book but features themes and characters from Ryan’s world. The trailer looks impressive enough to give the movie a chance of being a hit. Jack Ryan returns to the screen on the 24th of January. 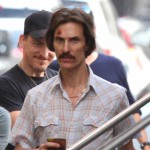 The rebirth of Matthew McConaughey is now complete. Set in Dallas in nineteen eighty-five, the film revolves around  a redneck homophobe who contracts HIV+. After an initial rage over the diagnosis he comes to realise that he must take control of the situation if he has any chance to survive. His best chance is an experimental drug not available in the USA. With a strong cast, glowing reports from the territories that it has already opened in and award speculation to the fore, the film looks like an interesting proposition. Dallas Buyers Club is released on the 7th of February. 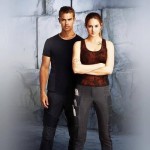 The latest young adult book series to hit the screen arrives in the form of the film Divergent. Based on the best-selling novel by Veronica Roth the story is set in a dystopian future where society is divided into five factions based on different virtues. At sixteen everyone is tested to see if they should  stay in their area or move to another based on their assessment result. The story follows one girl as she faces her future. Being favourably compared to The Hunger Games should do the film no harm whatsoever. 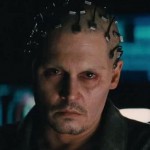 The first directorial feature from Wally Pfister. Best known for his outstanding cinematography on the films of Christopher Nolan, he is now taking the leap to helm a movie for the first time. Featuring Johnny Depp the film tells the story of a terminally ill scientist who downloads his mind into a computer. You just know that it isn’t going to be all bright and happy don’t you?. The movie is released on the 18th of April.

May sees the release of the first of the summer blockbuster comedies in the form of Neighbours. A couple with a newborn baby are forced, due to circumstances, to move in next door to a college Frat house. Featuring star turns from Seth Rogen, Rose Byrne and Zac Efron, the film looks pretty stupid but entertaining. It will make a change to see Rogen in the straight role for a change. Neighbours hits the cinema on the 9th of May. 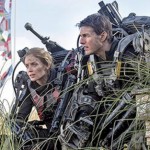 Tom Cruise returns with another big budget Sci-Fi action film. This time he is a soldier fighting in a war against aliens. On the last day of the battle he is caught in a time loop and has to relive the same sequence time and again. Featuring the supporting talents of Emily Blunt, Bill  Paxton and Laura Pulver the film sees Cruise work under the direction of experienced action director Doug Liman. On screenplay duties is Christopher McQuarrie who will direct Cruise in the next Mission Impossible instalment due next year. The film has the look of a gritty action film and it will be good to see if Tom can continue with his streak of good solid films that he has maintained over the last few years. 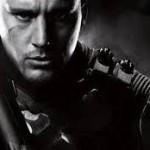 After the much criticised movie that was Cloud Atlas the Wachowski siblings return to more conventional film making techniques with their latest feature. The film is written and directed by the pair and centres on a young woman, Jupiter, whose life is threatened by the Queen of the Universe as her existence threatens the Queen’s reign. Mila Kunis stars as Jupiter alongside Channing Tatum and, the eternally damned to die in a film, Sean Bean. The recently released trailer gives a real flavour of what to expect including some unique facial hair styling on the chin of Tatum. Expect to here a lot more about this as we approach the release date of the 25th of July.

Sin City: A Dame To Kill For 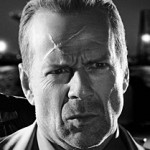 Promised and talked about ever since the first film was released, we finally get to see the follow-up to Frank Miller and Robert Rodriguez’s 2005 film Sin City. In the same style the sequel features most of the original cast except those that didn’t make it to the credits of course. Joseph Gordon-Levitt and Josh Brolin are the high-profile additions noted so far. No trailer has been released yet so we have been left with a few on set photos and snippets of information to keep us going. Still it is good to see that it is finally coming out. The movie will be with us on the 29th of August. 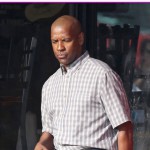 The latest film adaption of a beloved eighties TV series will be with us in the form of The Equalizer. Denzel Washington stars as the ex covert ops specialist who is trying to make up for past deeds by advertising his unique services for hire. Chloe Grace Moretz stars and the film is directed by Antoine Fuqua who was responsible for the last years surprisingly enjoyable Olympus Has Fallen. You can obtain the services of The Equalizer on the 26th of September. 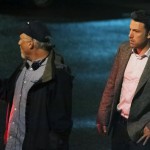 Another big name returns this year comes in the form of director David Fincher. In his first feature since the US remake of The Girl With The Dragon Tattoo, Fincher helms the adaptation of the novel Gone Girl. Ben Affleck stars as a man who has to come to terms with the mysterious disappearance of his wife on their wedding anniversary. As the police investigation begins it becomes apparent that the couple did not have the blissful relationship that the husband claimed. The film is still in production so little in the way of detail is available. We can see how it turns out when it is released on the 3rd of October. 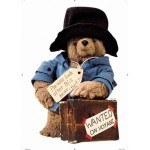 The furry adventurer in the rain hat and duffel coat will be the star of a live action / CGI film to be released on the 28th of November. Based on the stories by Michael Bond the cast is being led by Colin Firth who will provide the voice of the heroic bear. Joining him will be Hugh Bonneville as Mr Brown the head of the family that adopts Paddington after he is found wandering in the train station that gives him his name.Able support will be provided by Nicole Kidman who will be playing the part of an evil taxidermist hell-bent on stealing Paddington away in order to get him stuffed and mounted. A bit dark for a children’s film but I am sure Kidman will be suitably menacing in the role and any actual stuffing will be done off camera. So Duffel coats and marmalade sandwiches at the ready for a grand adventure.

The Hobbit:There And Back Again 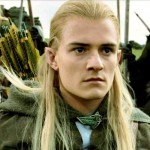 And so it comes to an end. Overlong perhaps but the first two instalment of The Hobbit have been very well received by worldwide audiences. Our heroes have reached Smaug’s lair but now must get the gold and somehow keep a hold of it. Featuring a large cast of well-known names the film promises to be an apt conclusion to the story and we can be assured that it will another adventurous romp with Bilbo and Company. The Hobbit:There And Back Again will be released on the 19th of December.