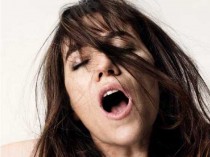 The director Lars Von Trier seems unable or unwilling to avoid controversy even when he does not directly promote his films. After his Nazi comments while promoting Melancholia at the 2011 Cannes film festival he took a self-imposed vow of silence. With his new film his lack of dialogue only adds fuel to the controversial subject. Told in two volumes the film Nymphomaniac recounts the experiences of a self-confessed sex addict.

As you would expect with the subject matter in the hands of Von Trier the film features a number of scenes that have been deemed overly pornographic and exploitative. Some countries have gone so far as to ban the second volume.

The film was screened at the Berlin Film festival and in the press conference that followed Shia LaBeouf quoted the famous Eric Cantona sardines line in response to a question about a sex scene then departed the room to confused applause. Bizarre behaviour or first-rate publicity generator? I will leave that up to you to decide.

For one night only on the 22nd of February both volumes of Nymphomaniac will be screened back to back in selected UK cinemas. The film will be followed by a live Q&A session with the stars of the film from the Curzon cinema in Lodon.