The month of March sees the last of the major award ceremonies taking place with the Oscars being announced on the second. The release schedule reflects this. The past few months have seen all of the contenders movies hitting the screens and the cinemas packed with worthy and serious fare. This month sees a bit of a shift away from that. There is a lot more of the popcorn / blockbuster entertainment on offer to help relieve film goers of their cash. 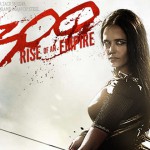 First up is sequel to the 2007 phenomenon that was 300. Rather disappointingly the new film is not going to be called 301 but instead bears the title 300: Rise of an Empire. Following on from the events of the first film the victorious army under the command of Xerxes is now marching on Greece. The Greek army are forced into an alliance with Sparta in a bid to repel the Persian forces. Featuring some of the original (surviving) cast and rather surprisingly Eva Green, the film has the same look and style of the first. Expect a lot of partially clothed muscle men screaming and fighting in fountains of blood and CGI gore. The trailer pretty much sets out what you should expect. If you view it with your brain in neutral I don’t think the film will disappoint.

The Grand Budapest Hotel (released on 7th of March) 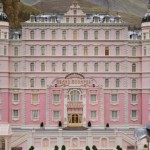 Known for his unique visual style, engaging storytelling and interesting casting choices , Wes Anderson looks to have delivered another film with a very individual look. The tale revolves around the character of Gustav H. the manager of the Grand Budapest. He tends to provide a very hands on service to his clients that leads to a conflict after one of his guests leaves him a painting in her will. Ralph Fiennes is cast as the character of Gustav and is supported by what can only be described as a plethora of acting talent.As well as a number of Wes Anderson regulars including Bill Murray and Owen Wilson we get appearances from Adrian Brody and Willem Defoe to name but two.  The film’s look is quite breath-taking and looks to follow on quite neatly from Anderson’s previous visual feat, Moonrise Kingdom. 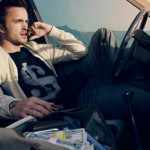 This is one of these films that is either going to be the biggest pile of nonsense committed to film or the best action film of the year (now that Fast 7 has been rescheduled). Aaron Paul and Dominic Cooper star in a tale of revenge and stunt driving. A street racer who was imprisoned for a crime he did not commit is back on the streets. He is out to take revenge on his former partner who set him up. There is a lot of heavyweight driving action which looks pretty awesome given the fact that the principle cast all trained as stunt drivers prior to the shoot. This lend authenticity to some of the scenes where the stars face is in camera during the action rather that edits and cuts from the star to the stunt performer.

Under the Skin (released on 14th March) 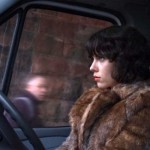 Based on the cult novel of the same name by Dutch author Michel Faber, the story centres around a young human looking alien who travels the roads of Scotland picking up hitch hikers. She drugs and fattens her victims before handing them over to her companions who relish humans as a delicacy. Then it starts to get weird!This is the only the third feature from director Jonathan Glazer. He memorably debuted with the crime drama Sexy Beast after a stellar career in directing innovative music videos. The Ray Winstone and Ben Kingsley starring film noted Glazer as a director of vision and skill and definitely one  to watch out for. The trailer can bee viewed here. 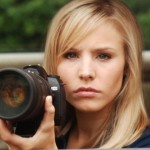 Veronica Mars was a cult TV show from 2004 that featured Kristen Bell as Veronica. As well as being a high school student she also helped out her father in his private detective business. The show ran for three seasons before being cancelled. For Rob Thomas, the creator of the show, there always felt as if there was more to the story. After several aborted attempts the film finally got made after it was the subject of the biggest crowd funding exercise to date on Kickstarter which raised over $5.7 million. The film is set years after the vents of the TV show and sees Veronica coming back to her home town for a high school reunion only to get involved in a murder investigation. 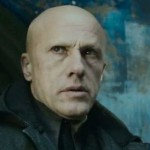 Terry Gilliam deserves every film award going in my opinion. Not only for his body of work but for the frequent obstacles he has to overcome in order to get his films financed and made. His latest film, The Zero Theorem is set in the near future where a computer hacker (Christoph Waltz) is trying to find the meaning of human existence. He is constantly thwarted in his quest by ‘The Management’ who send him a love interest to distract him from his work. Sporting the same look and feel of Twelve Monkeys and Brazil, the movie is an interesting proposition.

A Long Way Down (released on 21st March) 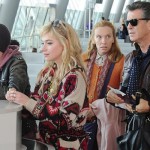 The film is based on the novel of the same name by the British author Nick Hornby. New year’s eve finds four very different characters on the same roof of a high-rise block intent on ending their lives. Instead of doing so they all find common purpose to go on. They become a sort of support arrangement for each other. As their story becomes public their history and backgrounds threaten to pull them apart.The trailer gives a flavour of the tone and style of the film without hopefully giving too much of the story away. Alongside Brosnan the movie features star turns from Imogen Poots,  Rosamund Pike, Toni Collette and, in his second film this month, Aaron Paul. 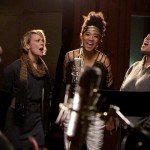 For so long in the background, adding texture and harmony to some of the biggest music stars in the world, the backing singers are usually overlooked. This documentary tries to redress the balance in some small way.  Featuring interviews and archive footage the history of these performers is examined . It goes beyond their musical careers and takes a look at how these (mainly) women managed to carve out a life for themselves and prove to be an inspiration for others. Look out of the acapella version of the female vocal part of Gimme Shelter. One you will not forget. 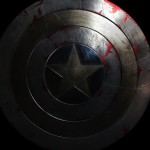 The story revolves around Steve Rogers struggle to come to terms with life in the modern world. Here he teams up with Black Widow in order to tackle a shadowy figure known as the Winter Soldier. Returning for the second film in support of Chris Evans and Scarlett Johansson we have a host of stars including Samuel L Jackson, Hayley Atwell and Robert Redford. The trailer looks suitably bad-ass with some nice teasers as to what we should expect from the film. Hopefully the trailer doesn’t give too much away though I suspect as least one image is from an important part of the of the action finale. I for one am really looking forward to this as I was a fan of the first movie and the Captain America character in general. 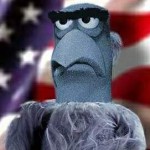 For the follow-up to the 2011 blockbuster hit The Muppets the fur and felt troupe are going into the international crime field. While on an international tour the notorious Jewel thief Constantine, which happens to look very like Kermit The Frog, manages to switch identities with our amphibious hero in order to carry out the most daring theft of all time.Given the critical and commercial success of the last film a sequel was inevitable. Interestingly Jason Segal is not featuring this time around. Jason was the driving force behind the  previous film getting green lit. In his place as the Humanish characters we have Ricky Gervais, Tina Fey and Ty Burrell. Add to them a long list of cameo appearances from major and minor film stars.As a fan of The Muppets (the film and the TV series) I am looking forward to this immensely. The trailer is fast and funny and over all too soon. It’s good to see Sam the Bald Eagle featuring more prominently in this one. A Classic character.