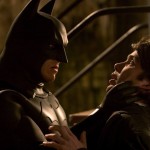 Reboot is a nice way of saying remake. Reimagining is pretending that your film isn’t a remake. It might be difficult to believe now but when it was announced that Warner Brothers would be resurrecting the Batman franchise, there was some opposition to the choice of director. Despite being an acclaimed filmmaker, Christopher Nolan was still relatively unknown to a mainstream audience. The cast was impressive however there were some niggling questions. Did we need an origin story for such a well known character? What the hell happened to the Batmobile and what’s this about Batman hardly featuring?

Fans of the Dark Knight will be familiar with why Bruce Wayne wears a mask. Batman Begins managed to keep this fresh by focusing on the “lost” years. Much like Jesus, what happened to Bruce Wayne between childhood and becoming an adult?

While travelling the world in an effort to escape his past, Bruce Wayne (Christian Bale) finds himself in a violent Bhutanese prison. After being thrown in solitary for beating up half the inmates, he is visited by Henry Ducard (Liam Neeson). Henry wants Bruce to join the League of Shadows, a gang of assasins led by Ra’s al Ghul (Ken Watanabe). Ducard teaches Bruce the skills he will require to lead the clan into battle and bring their own brand of justice to the world. When Bruce refuses to kill a prisoner his loyalty and dedication to the League of Shadows is questioned by Ra’s. Ra’s then lets slip that the organisation’s true intention is to destroy Gotham which he feels is beyond saving. Naturally Bruce takes objection to this and it all kicks off. The temple is reduced to rubble, killing Ra’s, while Bruce saves Henry, leaving his unconscious body with the local villagers. Back in Gotham, Bruce decides to put his new found skills to good use by becoming the city’s guardian. By becoming the Batman.

Batman Begins is credited for revolutionising the comic book movie. The mainstream success was accompanied by a grittier tone that was steeped in realism. We watched as Wayne slowly built himself up as the Batman, testing 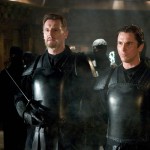 equipment and acquiring new gadgets. He doesn’t become the caped crusader overnight with the character in costume more or less absent from half the film. Critics and fans gushed over the direction Nolan took which included a darker vision. It was certainly night and day by comparison to Joel Schumacher’s efforts; compared to Burton’s films, Batman Begins is a lot more family friendly. Despite the injection of realism, the comic book roots of the plot shine through. A megalomaniacal villain wants to destroy the city using an invention capable of causing mass destruction. All that stands in his way is our costumed hero.

Where the film stands apart from its predecessors is the depth given to the characters. Assisted by a stellar cast, the supporting characters are presented as more than fodder for Wayne and his alter ego. Gary Oldman’s Jim Gordon is a tired cop, desperate to make a difference but struggling against the tide. His performance is understated and familiar without turning into a cliché. Batman would be nothing without his butler Alfred and this is put to the forefront. Michael Caine balances the fine line between father figure and friend whilst proving his worth in both of Wayne’s lives. He’s not afraid to scold him and presents a more “handy” Alfred than we’ve seen before. Caine created a backstory that had the butler as ex-Special Air Service. After being wounded, he was invited to the position of the Wayne family butler by Thomas Wayne because, “He wanted a butler, but someone a bit tougher than that, you know?” It shows.

Then there’s the villains. Liam Neeson’s Machiavellian Ducard or (spoiler alert!!!!!!!!!!) his true identity Ra’s al Ghul, is a man of questionable morals but he isn’t fuelled by greed or power. He wants to cleanse Gotham and believes that his crusade is righteous. He’s dangerous, charismatic and very persuasive. All of the qualities a successful cult leader needs. Cillian Murphy delivers an exceptional portrayal of Johnathan Crane and the Scarecrow as he creates a villain that straddles the line of believability and comic character. Murphy isn’t in full Worzel Gummidge attire but the mask and fear gas remain as clever plot points. 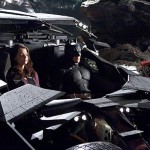 Then there’s Batman himself. There will always be derisory cries and gnashing of teeth over “that” growl but thankfully Bale’s acting talent transcends his inability to put on a Batman voice. Essentially playing two characters, Batman being the real identity with Bruce Wayne as the persona. The parallels to American Psycho are striking as Bale switches from superficial playboy to a cold hard bastard in a heartbeat.

The realism of Batman Begins also shows in the production. Nolan opted to use as little computer imagery as possible. The decision to use practical stunts and effects when possible helps give credibility to the genre. Superhero films are visually impressive for the most part but can look like a computer game with millions of rendered pixels dancing about the screen. This isn’t the case here.

Batman Begins is film of two halves; the first being a serious affair that builds up the legend behind the Bat. The second half is a typical comic book affair behind its moody and realistic overture. Like Bryan Singer’s X-Men before it, Christopher Nolan’s Batman Begins is a game changer. As for the trilogy, it was just the beginning.