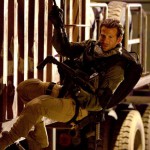 Fan boys of the world, are you sitting comfortably? Brace yourself, as the latest rumour to surface from Hollywood is that Bradley Cooper is in line to play Indiana Jones.

Before you go into meltdown however it’s worth looking at the positives as highlighted by Latino Review’s Kellvin Chavez.

“Don’t think of it as a reboot but just recasting the same way the James Bond (Sean Connery, Roger Moore, Pierce Brosnan, Daniel Craig) movies have been doing for the better part of five decades.”

Before your fingers take to your keyboard to wage a flame war on IMDB, /Film are reporting that the story is not true.

“We’ve contacted a high-placing source who tells /Film the…story is not true.”

Whether it is or it isn’t it still raises an interesting point. Could Indy go down the Bond route and be a success? Or should George Lucas just stop meddling with his back catalogue?

And why is Bradley Cooper always linked to controversial reboots?