June is a bit of subdued month in terms of cinema releases. Last month heralded several blockbuster releases over the four week period with fierce competion for your hard earned cash. In contrast June sees some smaller films (in terms of summer releases) hitting the big screen. At least one could prove to be a break out hit of the summer. 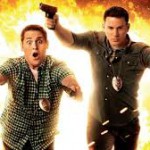 After the surprise success of the 2012 action comedy 21 Jump Street, a sequel was inevitable. Channing Tatum and Jonah Hill return as the cop duo tasked this time with going to college in order to break up a drug ring. From the directors who brought you The Lego Movie this is bound to be good fun with energetic action beats even if the whole thing is a little over familiar. Hopefully the law of diminishing returns is not too harsh on this. 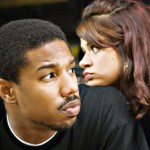 Before his turn as The Human Torch in The Fantastic Four reboot hits our screens we get a chance to see the up and coming actor Michael B Jordan star in a more grounded movie. Fruitvale Station, based on real events, chronicles the last days in the life of Oscar Grant, a native of San Francisco who got caught up in a fight on a train and was shot by a Policeman. The events were captured on camera by a fellow passenger, posted online and subsequently went viral. Jordan is an actor to follow after his performances in The Wire, the TV version of Friday Night Lights and supporting turns in a number of recent films. This movie marks the first time that he has been cast as the lead. 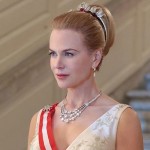 The pre-release publicity for this movie has marked it out as the worst film since the awful 2013 film Diana. Bought and subsequently disowned by Harvey Weinstein the film premiered at this year’s Cannes festival to universal derision. Starring Nicole Kidman it deals with the period when Grace Kelly is in transition between the period as a Hollywood star and the wife of Prince Rainier of Monaco. Full of historical inaccuracies, clumsy dialogue and forgettable performances this looks likely to be at the head of many critics worst film of 2014. 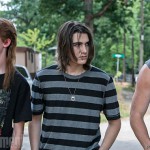 A biographical drama with an all star cast,Devil’s knot tells the tale of the savage murder of three children in Arkansas and the subsequent and controversial conviction of three young men for the crime. The events have been the subject of much press coverage and documentary films in the recent past. Colin Firth stars alongside Reece Witherspoon, Dane DeHaan and Mireille Enos. You can view the trailer for Devil’s Knot here. 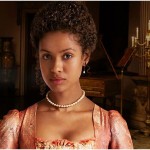 Based on the real life story of an 18th century mixed race woman Dido Elizabeth Belle, the film tells the story of her early life and how she was raised as part of the aristocratic English family of the Earl of Mansfield. We get a glimpse of what the attitudes of the time were like and the issues that faced a young woman who was classed as an outsider by polite society. The film stars Tom Wilkinson, Emily Watson, Matthew Goode and Gugu Mabatha-Raw.

The Fault In Our Stars (released on 19th June) 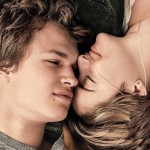 Two weeks after its hugely successful opening in the US, The Fault in our Stars hits UK cinemas. The hugely anticipated screen adaptation of the John Greene teen novel stars Shailene Woodley and Ansel Elgort as teenager who meet and fall in love at a cancer support group. With the writer heavily involved in the film and critical praise being heaped on it, this movie could easily be the biggest non blockbuster hit of the summer. 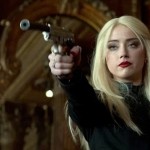 The aging action star is once again a sale-able commodity with the success of the Taken and Expendables franchises. The latest to join this trend is Kevin Costner in 3 Days to kill. He stars as a CIA agent close to death. He wants to reconnect with his daughter and is given the chance to extend his life using an experimental drug in exchange for him taking on one last mission. It’s pedigree for dumb action thriller is maintained with McG directing and the screenplay coming in part from Luc Besson. 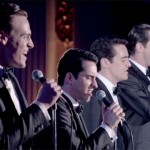 Director Clint Eastwood brings the massively successful Jersey Boys musical to the big screen. The story is based on the relationship between the members of The Four Seasons and how they overcame a number of challenges to become a top performance quartet that would endure for over four decades. John Lloyd Young reprises his stage role as Frankie Valli with support coming from Christopher Walken and Vincent Piazza. Yo can view the trailer here.

The Art of the Steal (released on 20th June) 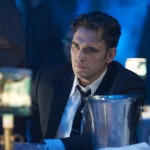 The second aging action star movie of the month features Kurt Russell as Crunch Calhoun, an reformed art thief who is persuaded to get his old gang back together to carry out one last job. For something with a formulaic plot the omens are good with the movie not taking itself entirely seriously. Russel is supported by the ever dependable Matt Dillon, Jay Baruchel and Terence Stamp. I doubt you will be disappointed if you leave your brain at the door. 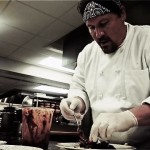 After his stint behind the camera on the first two installments of the Iron Man franchise (and ignoring Cowboys & Aliens) John Favreau returns to his indie roots with Chef. He also stars as a top restaurant chef fired from his job after an unsavory confrontation with a critic. He decides to open a food truck in order to piece both himself and his family back together. Favreau has called upon some quality actors to fill out the production with turns from Robert Downey Jr, Scarlett Johansson, Dustin Hoffman and John Leguizamo.