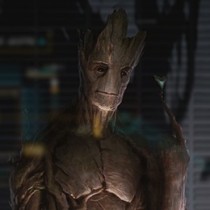 Tying in with the Us and UK premiers this week a new five-minute clip from the movie has been released. The studio is pulling out all the stops for this movie given that it is possibly the least well-known comic book to hit the big screen to date. The film has a more comedic feel to it and there is a strong possibility that you will here a lot of people repeating the catch phrase “I am Groot” until it no longer is funny.

Guardians of the Galaxy opens on the 31st of July.