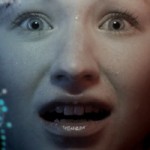 As I was sitting on the train to Inverness, passing my way through the Scottish countryside, I couldn’t believe a year had passed since the last Loch Ness Film Festival. Once off the train organiser Andrew Doig picks me up from the station and take me to his new house. Like last year, it’s a lovely day so we have dinner in the garden and discuss the upcoming weekend. “We didn’t get as many Scottish comedies,” Andrew explains about this years submissions. He assures me though that it isn’t all doom and gloom. We pick up co-organiser William Doig and we head to the Loch Ness Backpackers Lodge to kick things off. The room is like an oven but thankfully cold refreshments are at hand.

First up is Fatal, a French thriller that shocks the audience with its controversial rape scene. It pulls no punches and grabs everyone’s attention. Fabien Montagner’s The Passage follows, telling the story about a young girl who unveils a dark family secret as she steps into the past. The ending isn’t a great surprise but the road to it is full of suspense. Watching a film I find atmosphere wins over gore when it comes to scare factor. Italian director Davide Melini crafts an eerie ambience in The Puzzle. Arguably more of a thriller than a horror, the presence of the unknown causes the intense feeling of fear that happily allows the short to sit in both camps. Suspense filled and nicely shot, the voyeuristic feel of the film allows the viewer to be invested in the tension.

The pace changes with the oddly titled Should the Sun Go Down on Galway Che. A proposal in 2012 to erect a statue of cuban revolutionary Che Guevara in Galway, Ireland led to some controversy. Despite his iconic status, he is still a polarising 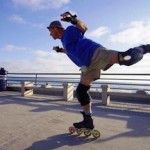 figure and that is wonderfully captured here Ger Considine’s documentary. Por eso no ten go hermanos (That’s Why I don’t have brothers)  provides the first laughs of the night as two men embark on a journey to capture the Spanish equivalent of the Loch Ness Monster. It’s a shame they don’t get on and have to resort to blackmail to get their way. A ransom deal goes awry in Belgian comedy Stock Exchange as a father tries to get his daughter back. Unfortunately the company have misplaced the girl and are unable to retrieve her. Perhaps the threat of C4 will jog their memory.

We journey into space for Andrew Desmond’s Entity. A female astronaut is separated from her spacecraft and is sent hurtling through space. Sound familiar? Well that’s where the similarities end as the French Sci-Fi short pays more homage to Stanley Kubrick than any recent released. Beautifully shot and visually addictive, it provides a full assault on the senses. We are treated to another short doc, this time from the USA. Slomo documents the story of a neurologist who quits his job and trades his lavish consumerist lifestyle to spend his days rollerblading by the beach. A feel good tale that had everyone in the room smiling and questioning the decisions they make in their own lives. The last short of the evening is the first Scottish film of the festival. Paul Bruce’s Sockzilla does what it says on the tin as Godzilla is remade through the art of sock puppets. The B-movie humour is prevalent as it respectfully pokes fun at the genre.

Friday is closed off with a rare feature presentation. After two sold out screenings in Falkirk’s Cineworld, Simon Jake Gillespie‘s Setting Rainbow makes its festival debut. Josh (Gillespie) has learning difficulties, a condition that makes him a target for bullies. After suffering an unpleasant attack he befriends a teenage girl Sarah. It isn’t long however before he finds himself being manipulated by Sarah, and anyone else he considers a friend, for their own dark needs. 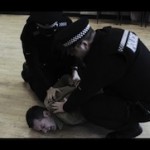 Gillespie’s films are notorious for their shocking brutality however what makes Setting Rainbow more disturbing is the violence that isn’t on screen. Granted, one scene will have you squirming in your seat, but for the majority of the film, the director pans away before impact, leaving the horror up to the audience’s imagination. Barry Frame is a revelation as Charlie, the ex-con with the shadowy past. The interrogation scene gives him a chance to shine as he is locked in a battle of devious wits with the police. That Gillespie chose to use real policeman for the scene adds to the realism of their techniques as he allows the camera to linger on them for a continuous take. The comparisons to Shane Meadows shouldn’t be ignored, however it is something that Gillespie embraces. Setting Rainbow is his most mature work to date and also his most accessible. A well crafted thriller that evokes the darkness of the human soul yet maintains a warm heart beating throughout.

As the first day comes to an end, it’s late and it’s very hot. A quick post chat review of tonight’s events and it’s time to say goodbye to the Backpackers for another year.