August is a bit of a mixed bag in terms of releases. The majority of the summer hopefuls are now behind us and its only the stragglers left. What this means is that some smaller films and a few select re-releases get a brief period in the spotlight. A bit of a push for these films can mean the difference between profit and loss. Here are the highlights of the month. 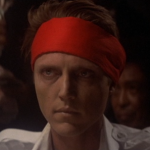 A welcome return to the cinema for the 1978 classic. The film examines the way that war affects the mind of its participants. We follow the lives of three young men, friends from the same town, who enlist and end up in the war zone that was Vietnam. The multi award-winning movie boasts superb performances from Robert De Niro, Christopher Walken, John Cazale and Meryl Streep. The film also marks the high point in the career of director Michael Cimino. His next film would be the much derided Heaven’s Gate, a costly flop that led to the downfall of United Artists pictures. 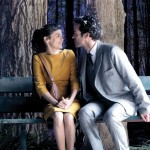 It is always a joy to see a new movie from the mind of Michel Gondry. He has a track record for producing very special stories that weaves together beautiful images, intelligent narrative and a rather unique view of the world. The early indication is that Mood Indigo will be more of the same. The film stars Audrey Tautou, and Romain Duris in a tale of a wealthy young man who is trying to find a cure for his girlfriend’s unusual illness. She has a flower growing in her lung. 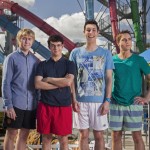 In 2011 The Inbetweeners moved from a thirty minute TV comedy to the big screen. The film was a surprisingly massive success. Since the film was set after the boys had left school and technically were not in between anything it was thought by everyone, including the cast, that the franchise had run its course. But no! The boys return for another adventure. This time in Australia as Jay invites the rest of the gang to join him on his gap year adventure.

To Catch A Thief 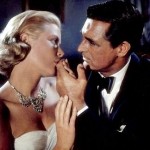 The second major re-release of the month sees a rare outing for the nineteen fifty five Alfred Hitchcock film To Catch a Thief. Cary Grant is a retired jewel thief living a quiet life on the French Riviera. He is forced out of retirement when a string of copycat thefts are blamed on him. He meets up with the next potential victim and her daughter (Grace Kelly). They team up to try to solve the crime and unmask the real villain. The film was a smash hit at the time with the charismatic leads in the form of Grant and, in one of her last movie roles, Grace Kelly. 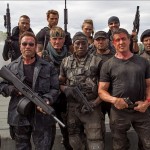 If you thought that the return of The Inbetweeners was pushing the limits of a franchise then the third installment of the all action octogenarians (mostly) will probably confirm it. In addition to Sylvester Stallone, Arnie Schwarzenegger, Jason Statham and Dolph Lundgren there are appearances by Mel Gibson, Harrison Ford and Antonio Banderas. The nominal storyline that links the action set pieces sees the team come into conflict with arms dealer Conrad Stonebanks who is determined to destroy the band of brothers. Expect a lot of “I’m getting too old for this shit” dialogue. 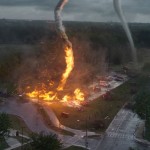 The return of the ‘pure’ disaster movie in terms of it being man versus nature rather than the recent efforts in the genre which have been a hybrid of disasters and monsters. Into the Storm is based on the meteorological phenomena of the tornado. The story follows the townsfolk of Silverton as they are subjected to an onslaught of tornadoes over the course of a single day. Full of impressive CGI, it looks like one of those films that can be classed as spectacle movie rather than a cerebral one. Nothing wrong with that of course. Some of the best films ever made are light in the story department. 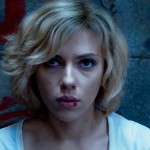 In the film Lucy the question posed to the audience is ‘If we had access to the unused ninety percent of our brain what would happen?’ The answer provided is that we would become total bad-asses who can do Kung Fu and all sorts of other cool stuff. Scarlett Johansson stars as the girl who is given the ability after a series of unfortunate events. From the mind of French director Luc Besson, the movie is an action filled romp that doesn’t stop for breath. Morgan Freeman co-stars in the role of the scientist who will explain the hard bits to the audience. You can view the trailer here.

Sin City: A Dame To Kill for 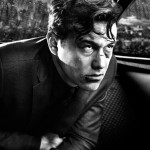 Rounding off this months batch of movies is the long overdue follow-up to the two thousand and five hit Sin City. A Dame To Kill For takes us back to the city created out of the mind of Frank Miller who co-directs alongside the cult director Robert Rodriguez. The core cast return with the addition of Joseph Gordon-Levitt, Eva Green and a short appearance by Lady Gaga. The film is in the same stark black and white style and comes across like a modern hard boiled noir. There has been a highly effective poster and trailer campaign in the lead up to the release. You can view the latest trailer here.