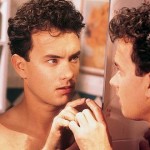 Big is one of those films that people of a certain age rarely turn over and I am no exception. I grew up watching Big, and continued to watch it throughout my childhood, my teenage years and as an adult. So when it was on the other night I kept the channel on and found it every bit as endearing and good fun when I first saw it.

Twelve year old Josh (Tom Hanks) is just beginning to experience some of the feelings that come hand in hand with puberty. At the funfair, the girl he has a crush on snubs him when her date appears and he is ridiculed because he is too short to get on a ride (no pun intended). He goes off on his own and makes a wish on Zoltar, the magic wish machine, to be “Big” (why am I only finding this funny now). When he wakes up the next morning, his wish has been granted and he finds himself fully grown into an adult. This causes some problems when his mother thinks he is a kidnapper and when trying to convince his best friend, Billy (Jared Rushton), he is who he says he is.

Josh and Billy decide to head to New York to find the Zoltar machine so that they can wish Josh back into his twelve year old self. In the meantime, he must get a job and an apartment to survive. They fake an ID, a social security number, a CV and manage to wing a job in a toy manufacturer. Josh is talent spotted playing with the toys on his break by the CEO (Robert Loggia) and is given a job developing ideas for his toy division. The scene where Hanks and Loggia play on the life size piano in the toy store is now iconic.

The first half of the film is full of extremely funny, childish episodes as we watch Josh try to navigate his way around grown up life in the big city. Filling an apartment full of toys, video games and trampolines, Josh and Billy live it up in the way only a child with sudden freedom and a large pay cheque could. It is a joy to watch.

This was the role that propelled Tom Hanks into stardom and earned him his first Oscar nomination. He is simply adorable as the child stuck in a man’s body; expertly portraying the awkwardness and innocence of a twelve year old suddenly faced with all the complexities of life in the real world. It is impossible to imagine any other actor in the role now, although it had been rumoured that Robert DeNiro, Dennis Quaid and Harrison Ford were all original prospects. I can only imagine that with DeNiro in the role it might have been a different film altogether.

The second half of the film does stray into romantic drama when Josh falls for pretty but uptight Susan (Elizabeth Perkins), a colleague in 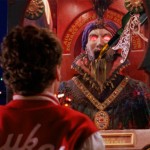 the firm who is attracted to his childlike honesty and wonder. The two embark on an adult relationship which strangely enough never feels wrong or improper. It is difficult not to fall in love with the character of Josh mostly due to Hank’s performance. Perhaps what is relatable is that what we all truly fall in love with in other people is the child that they are prepared to let you see when they stop pretending to be a normal, capable adult.

When Josh and Susan fall in love, they experience the first few weeks of passion where everything is fun, new and exciting. The two leads accurately portray that first love fascination with how another human being looks, thinks and feels. They experience it the way a child does, with complete concentration, and present in every moment. Big makes the viewer feel a kind of nostalgia for this type of first love, or a longing for it if it has never been experienced.

The fun stops when Susan asks the dreaded question, “What is it that we are doing?” This signals the end of the innocent part of the relationship and of the film. Josh’s reply is simple and accompanied by a punch on the arm, “You don’t like it?” I suspect that’s the answer most men would like to give.

I felt that perhaps the relationship between Josh and Elizabeth is asking more questions than I had previously considered: why do we feel the need to define relationships, why do we always need to know where they are going? Perhaps it is not always possible to clearly articulate how it is you feel about another person in words, so why do we feel we have to? Why can’t relationships be about simply enjoying another person without having to define what kind of love it is and without having to believe that it is the one and only thing that will make your life worthwhile? The parting of Josh and Susan is inevitable – there is no way they can be together, they are at different stages in life. When they do part, it is touching, loving and accepted. Perhaps there is something to be learned from that. 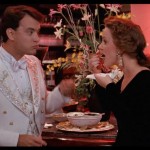 What I saw in Big this time is not just a silly romantic comedy, but a love story about life. It seems to be saying to me more than ever before that the whole point of life is to enjoy whatever it is you are doing in the moment, whether that is the interactions you are having with people romantic or otherwise, the work you are doing, or the time you take to play. Children are naturally always in the present moment, adults, less so.

Does it make me want to go back in time and relive my childhood? No, it makes me want to live my adult life the way a child in an adult’s body would. I want to have the kind of fun that my twelve year old self would have had had she been given the freedom to do whatever she wanted with her life.