1995 truly was a cinematic gift. Outstanding performances from the likes of Vincent Cassell, Kevin Spacey and Robin Williams ensure that this particular filmic anniversary is studded with striking storylines, heightened emotions and the cosy glow of nostalgia. A host of cinema has missed out on my top eight – the likes of Heat, Dangerous Minds, Twelve Monkeys and Braveheart haven’t quite made the cut, despite their memorable and iconic status. So, cast your mind back to the year where cinema really shone. 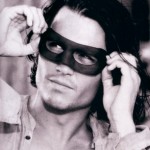 Perhaps an odd choice, but I love this film. Johnny Depp delivers his trademark blend of wide-eyed naiveté with undeniable sensuality as the man who believes himself to be the world’s greatest lover reincarnate. He travels to New York, seeking love but ends up attempting suicide. Placed in the care of Marlon Brando, Depp recounts his passionate encounters to him, full of both smouldering sexuality and innocence. Brando offers a neatly sensible and logical counter to Depp’s wild, passionate young man. The film is hyperbolic in its sweeping declarations of love, romance and sexual freedom. But that is, in essence, why it works. It’s full of crazy, unrealistic movie sex played out to a Bryan Adams song. What’s not to love? 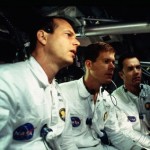 Ron Howard’s space thriller surely set the benchmark for any future offerings in the genre – and I include the likes of Armageddon and Interstellar in this note. Combining the tension of the failing spacecraft with the lives of the families and crew left behind, Howard creates a disaster movie like no other. Of course, the film is held together by the ever-perfect Tom Hanks, Kevin Bacon and Bill Paxton. The tension between the three men upon the realisation of impending tragedy is compelling and credible. The claustrophobia in the spacecraft contrasts with the colossal control room and the dry heat of the Florida base. Apollo 13 wouldn’t usually be my first choice of film but I was practically inside the screen as it worked it’s towards its finale. And, yes. I cried. 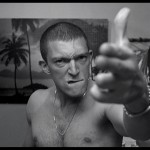 Does Vincent Cassel ever turn in a bad performance? Quite simply, no. When a local youth is beaten to a pulp by Parisian police, Cassel swears revenge on the culprits with after discovering that one of the officers has dropped his gun. Tearing around crumbling estates brandishing the weapon, Cassel carves out a striking portrayal of the dissatisfied underclass French cinema rarely acknowledged it had for many years. Racial tensions, impoverished surroundings and unapologetically brutal violence … this isn’t exactly Paris When It Sizzles. Shot in stunning black and white, Mathieu Kossovitz’s film is defining in its condemnation of a maze of forgotten estates. 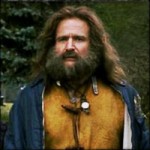 Quite an odd leap from the previous entry, but this film is virtually imprinted on my childhood. Robin Williams brings his usual beautiful blend of facial gymnastics, linguistic madness and melt-your-heart sentiment to Joe Johnston’s film about a frightening board game brought to life. Each roll of the dice can lead to any number of outcomes. I remember feeling sick with excitement each time one of the children took a turn to move their pieces around the board. Giant spiders, quick sand and stampeding elephants – you name it, it’s in here. Jonathan Hyde provides a properly camp performance as the moustache twirling game keeper keen to spoil the fun. It’s fantastical, wild and limitless. A bit like Williams himself.

“I really like your pretty wife …” This line alone will haunt me forever. Kevin Spacey is utterly terrifying as the serenely 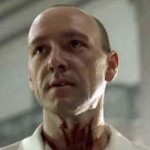 unhinged John Doe, a serial killer with a penchant for re-enacting the Deadly Sins. His murderous spree puts cops Morgan Freeman and Brad Pitt on his tail, with each crime becoming more grisly and disturbed than the last. Fincher masterfully builds the film, with plenty of scream-inducing moments along the way. Who can forget the ‘skeleton’ gasping for air? No matter how many times I watch this film, I always end up behind a cushion. The police car journey which sees all three stars exchanging dialogue for the first time in the film is agonising. It’s fraught with danger and unease. It seems like the longest trip in cinema history. I will never forget my first time watching Se7en, and repeat viewing does not spoil it. 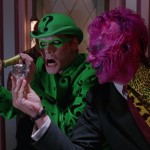 If you have nodded in agreement at my list so far, I’ve probably lost you here. Please allow me this one snippet of pure, unadulterated nostalgia. This is the first film I remember being genuinely excited to see at the cinema. Forgive me. I was five and it was full of pretty bright colours. Whilst it is widely acknowledged that Schumacher essentially killed the franchise, I will always have a soft spot for this film. Every time I hear U2’s ‘Hold Me, Thrill Me, Kiss Me, Kill Me’ I am gloriously transported back to a time where Batman meant Chris O’Donnell, terrible face paint and nipples on the Batsuit. Surely the film’s redeeming feature lies in Jim Carrey’s gymnastic and chaotic performance as The Riddler? No? Just me? 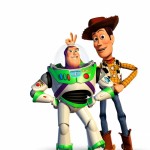 Maybe I’ll redeem myself with this one. I cannot believe Toy Story is twenty years old when I still love watching it so much. It is the ultimate game changer. Nothing like it existed previously and nothing that succeeded it will ever takes its places. It was the original Pixar. In my house, we still refer to Tom Hanks as Woody. It means that much. Name me any child that isn’t bursting at the thought of their toys coming to life when they leave the room. With its tinkling Randy Newman soundtrack, stunning animation and in-jokes for adults, Toy Story really is an all-round triumph. Hearing the opening bars of ‘You’ve Got A Friend in Me’ or the famous ‘To Infinity and Beyond!’ fills me with an unparalled joy like no other film can. That one-eyed baby on Meccano legs is also up there with Spacey’s John Doe on my list of film villains. Eek. 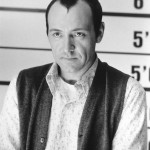 Please don’t groan because I’ve put a Spacey film at number one. This really is the best film to emerge from the year in question. Bryan Singer creates cinematic perfection. The police line-up shot is an iconic cinematic image that has graced countless book covers, t-shirts, mugs and spawned several parodies. Spacey’s limp is the defining image of cinema from 1995. Following their questioning with regard to a truck hijacking, five con men vow their revenge against the police. They all seem to be pawns in the game of one omnipotent, yet mysterious Keyser Soze. But as they are all con men, the police are at a loss to believe any of their stories … who is this Soze and why has no one ever seen him? “The greatest trick the devil ever pulled was convincing the world he did not exist.” Just reading that makes me shudder with bliss.

Whilst you may not agree with my list – all glaring omissions welcome – let’s not forget that two utterly horrific crimes against the glorious art of cinema occurred in this year. I’m looking at you, Waterworld and Showgirls.