Last year was pretty for movies aimed at the younger demographic. Studios are more aware than ever that there is an expanding market for kids films and have reacted by scheduling films all year round and not just at noted school holidays. As well as all the super hero films, which work on a number of levels, there were a raft of high profile movies released in 2014 specifically for younger audiences including How To Train Your Dragon 2, The Lego Movie, Paddington, Muppets Most Wanted, Rio 2 and The Book Of Life. 2015 is shaping up to become another good year.

The first Marvel property to be made by the Disney Animation studio. This has been a massive hit in the US and it finally reaches the UK in late January. The story tells of a bond that forms between a rather large inflatable robot called Baymax and a child prodigy Hiro as they team up with friends to form the Big Hero 6 group to help save the city of San Fransokyo. 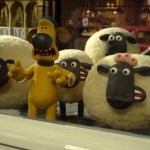 Anyone familiar with Wallace and Gromit will instantly recognise Shaun. Featured in a couple of the cheese loving couple’s short films, the character was then developed into a TV series in 2007, and finally makes it to the big screen this year. The story sees our ovine hero get into a situation where a mix up leads to him being abandoned in the big city. He then has to try to find his way back home. Expect the same level of humour and high gag rate as we get with all of the superior Aardman films. 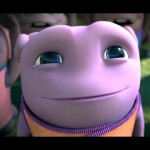 When the Earth is invaded by an alien race called the Boov, all human life is relocated, apart from a young girl named Tip. Alongside a banished Boov called Oh, they embark on an adventure that uncovers why the Boov are on Earth in the first place. An impressive voice cast has been assembled with Jim Parsons, Steve Martin, Jennifer Lopez and Rihanna in the principal roles. Rihanna is also providing the songs to accompany the action. 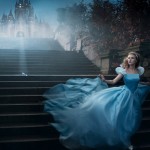 No expense has been spared in bringing the story of Cinderella to the big screen. The live action adventure, in the same vein as the recent adaptations of the Snow White Fairy tale, is directed by Kenneth Branagh which is as good a reason as any to give the film a chance. Added to this, there is a top cast on display with Lily James in the title role and support from Cate Blanchett in full evil mode as the step mother, Helena Bonham Carter as the fairy godmother and Richard Madden as the charming prince.

The SpongeBob Movie: Sponge Out Of Water 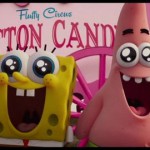 As one of the many people who had to sit through the original SpongeBob movie, I am delighted to report his return to the big screen. Our hero is on a quest to discover a stolen recipe that takes him into the real world and into the clutches of a pirate. The usual voice cast, including the superb Clancy Brown, is augmented by Seth Green and Antonio Banderas as the pirate, Burger-Beard. 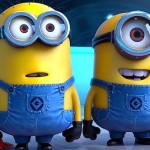 After support turns in the two Despicable Me movies, The Minions get their time in the spotlight with the release of their self titled movie in June. As a group, the little yellow chaps have the job of serving the most despicable of bosses throughout the ages. When they find themselves without a master, Minions Kevin, Stuart and Bob are forced to seek out a new boss in the form of Scarlet Overkill (Sandra Bullock). Stars lending their voices to the proceedings include John Hamm, Michael Keaton and Steve Coogan. 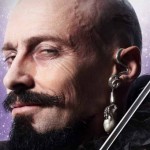 Another live action adaptation of an animated classic hits the screen this summer in the form of Pan. Telling the tale of the orphan child, Peter, who is spirited away to Neverland. He comes across all sorts of action and adventures. The film features a number of well known faces with Hugh Jackman, as the pirate Bluebeard, the most striking of the character posters recently unveiled. 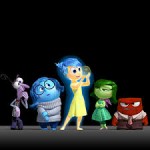 For one who can remember The Numbskulls cartoon from The Beano comic, the premise of Inside Out will be very familiar. Everyone is governed by their emotions. In charge of these are tiny people who live in the control centre of the brain. The latest offering from Pixar seems to see them back on form after the relative disappointments of Brave and Monsters Universtity. 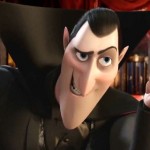 The second film in the series sees Vlad, a rather old fashioned vampire turn up at the hotel for a family get together which leads to a bit of conflict and a lot of confusion. Adam Sandler, Selena Gomez and Steve Buscemi all lend their voices again to a welcome return to the hotel that has something of the night about it.