February sees a rather varied tone in cinematic releases, covering everything from sexual exploration to civil liberation to high profile assassination. This month sees quite the mixed bag for your entertainment and perusal, with some truly hard hitting and interesting features in amongst brash blockbusters and a certain grey tie. In a typically quiet month for films, there are some real treats on offer … and Fifty Shades of Grey. Let’s take a look at what’s on at the cinema this month. 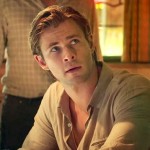 Michael Mann is back with his first film in six years, tracing a story through cyberspace and criminal hacking by way of Los Angeles, Hong Kong and Jakarta. Chris Hemsworth heads up the cast as Nick Hathaway, who finds himself at the centre of a maelstrom when a computer programme he once wrote is used to trigger a terrorist attack in China. Mann plays on the power struggle between the American and Chinese governments to deliver what will surely be another tense thriller to add to his portfolio. 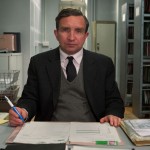 Another microcosm of normal English life from director Uberto Pasolini. Eddie Marsan (truly one of the strongest actors in anything he appears in) stars as a downtrodden council worker, who is responsible for finding the next of kin of those who have died alone. As his department is downsized and pushed aside, he must give his all to one final case. Having spent years chasing the dead, he now has time to learn to live life. With a supporting cast featuring Joanne Froggatt and Andrew Buchan, this film is sure to be a quaint, kitsch and joyous examination of ordinary life. 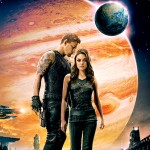 On the other end of the scale, we have Andy and Lana Wachowski’s Sci-Fi blockbuster hitting our multiplexes with a cast that includes Mila Kunis, Channing Tatum and Eddie Redmayne. Kunis stars as the titular Jupiter, a down on her luck caretaker, whose life is transformed by the news that she must travel with a genetically engineered warrior to save the lifeforms on another planet dominated by ruthless tyrant in need of an heir. It promises to be full of ludicrous intergalactic weaponry, colourful explosions and trippy angles of  journeys through space. Here’s hoping Sean Bean makes it through the first fifteen minutes without his character being killed off. 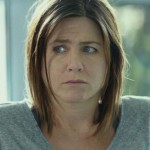 Director Daniel Barnz was responsible for the truly appalling Beastly in 2011, but his recent offering is gathering more favourable reviews. Jennifer Anniston (doing her best to look dowdy and plain) is Claire, a woman who becomes fascinated by the suicide of a fellow member in her chronic pain support group, played by Anna Kendrick. Anniston has already been nominated in the Best Actress category for the SAG and Golden Globe Awards, there is much talk of her finally gaining credibility as a ‘serious’ actress. 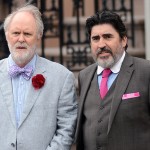 John Lithgow and Alfred Molina star as partners who finally get married after 40 years together. Their idyllic honeymoon stage is shattered as Molina is fired from his teaching post, forcing the couple to sell their home and live separately until they can afford a new home. The film explores all the tensions and trials that this type of forced situation brings to both the newlyweds and the family and neighbours they are forced to move in with. Director Ira Sachs has said of his previous works that he is obsessed with the love and the destructive path it can lay, so this offering seems in keeping with that motif. 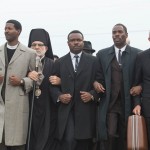 What has been greeted with the most amount of uproar about Ava Du Vernay’s biopic of Martin Luther King is that it seems to have been largely snubbed at the Oscars – nominated only once in the Best Picture Category. Brit David Oyelowo stars as the civil rights leader in a film that documents the campaign to secure equal voting rights, which ultimately resulted in one epic and grueling march from Selma to Montgomery, Alabama in 1965. This is actually the first ever film to bring Martin Luther King to the cinema screen, and will no doubt raise a lot of important reminders about tolerance and patience. 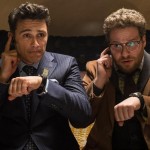 One film that is certainly no stranger to controversy is the latest offering from Seth Rogen and James Franco. Despite being released in the States months ago and being available for general consumption via download, The Interview isn’t making its British cinema debut until this month. Simply a farcical and crazy imagining of the assassination of Kim Jong Un, The Interview will surely fill cinemas purely because people will be intrigued to see what all the debate is about. 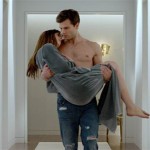 I can’t remember the last time there was so much *ahem* foreplay in the lead up to a film’s release. Teaser trailers here, album lists there, the adaptation of E.L. James trilogy of naughty novels has been one of the most talked about page to screen transitions. Everything – from the casting of a virtually unheard of Irish model as the object of fantasy Mr Grey to “how much sex” there will be – has been up for much debate and scrutiny in Sam Taylor Johnson’s film. Similar to The Interview, I’m sure that this taste of mild erotica will have cinema screens sold out so that everyone can see what the fuss is for.