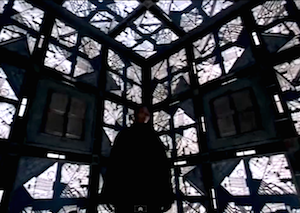 Cult classic, Cube, is set for a remake almost 20 years after it was first released.

With Lionsgate at the helm and Roy Lee (The Lego Movie) and Jon Spaihts (Prometheus) down as producers, it looks like the new version, known as Cubed, won’t deviate too much from the original premise.

Cube was a highly original movie about five characters who wake up in a, well, cube shaped room, identical on all sides except for a hatch which led into another identical cube shaped room.  Some of these rooms however, contain deadly traps trying to kill them. It is then up to the characters to discover what rooms contain traps, how to overcome them, and most importantly, how to escape this deadly maze.

Although the original movie spawned both a sequel and a prequel, it is as yet unknown if the expanded story of these will feature in the new release.

Fans of the original release will be no doubt be waiting with bated breath to see how it fares with a modern makeover and others, as usual in these situations, will be crying sacrilege but for the rest of us, expect a tense reworking with a plethora of Saw like traps, each more original and morbidly fascinating than the last.