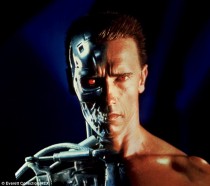 Ahead of the July release of Terminator: Genisys this summer we get a rare chance to see the first film in all its cinematic glory. The film will be getting a wide cinematic release to remind us all just how good Arnie was as a cyborg assassin.

For those of you who are unfamiliar with the story (and where have you been hiding!) the basics of the plot is that in he near future Skynet is in charge of everything and are in the process of trying to eliminate the last vestiges of the human race. A resistance movement has sprung up, lead by the charismatic John Conner. Skynet, using its advanced technology, sends a cyborg back in time to kill Sarah Conner (Linda Hamilton), John’s mother, before he is even born. The resistance manages to send a soldier (Michael Biehn) to the same time period to try to protect the future. Carnage ensues.

The film made Arnold Schwarzenegger a massive star, punted the catch phrase “I’ll Be Back” into cinematic history as well as launching the career of director James Cameron.

The Terminator will be released in cinemas on the 23rd of June.