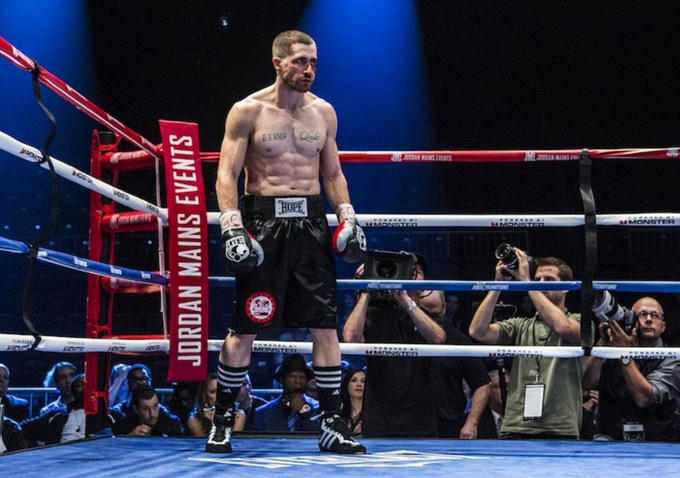 The boxing movie has always been a genre that I have enjoyed. Few other genres explore masculinity and vulnerability in men in quite the same way. The boxer, the very image of brute strength, somehow makes it acceptable to portray men in the most fragile of states. Often the boxer excels in the ring yet struggles to make a success out of life and it can be a very moving experience to watch him fight his way to the top. Southpaw does not veer from this formula. Billy Hope (Jake Gyllenhaal) is an orphan from Hell’s Kitchen who has literally fought his way out of a life of poverty into the world of professional boxing. He has managed to build a multi-million dollar empire with the help of his capable wife, Maureen (Rachel McAdams) and an entourage of mates from downtown Manhattan. True to form, his American Dream very quickly becomes a nightmare. Dramatic events unfold as a result of Billy’s inability to control his anger and very quickly his life spirals back down the black hole he climbed out of.

I went into this film excited about Gyllenhaal but suspicious of the presence of 50 Cent and Rachel McAdams. She is a nice enough, but I have never seen her truly excel and despite the skin-tight slutty dress and thick gold chain, she still looks far too clean cut to be an orphan from Hell’s Kitchen. I am afraid that every time I hear 50 Cent’s voice I expect him to break into: “You’ll find me in da club”. It is perhaps a discredit to him but I found his presence distracting. Both meant I was worried that this was going to be very superficial and although there is no doubt that it is pure melodrama, as the dramatic events unfolded, I found myself completely sucked into the story. 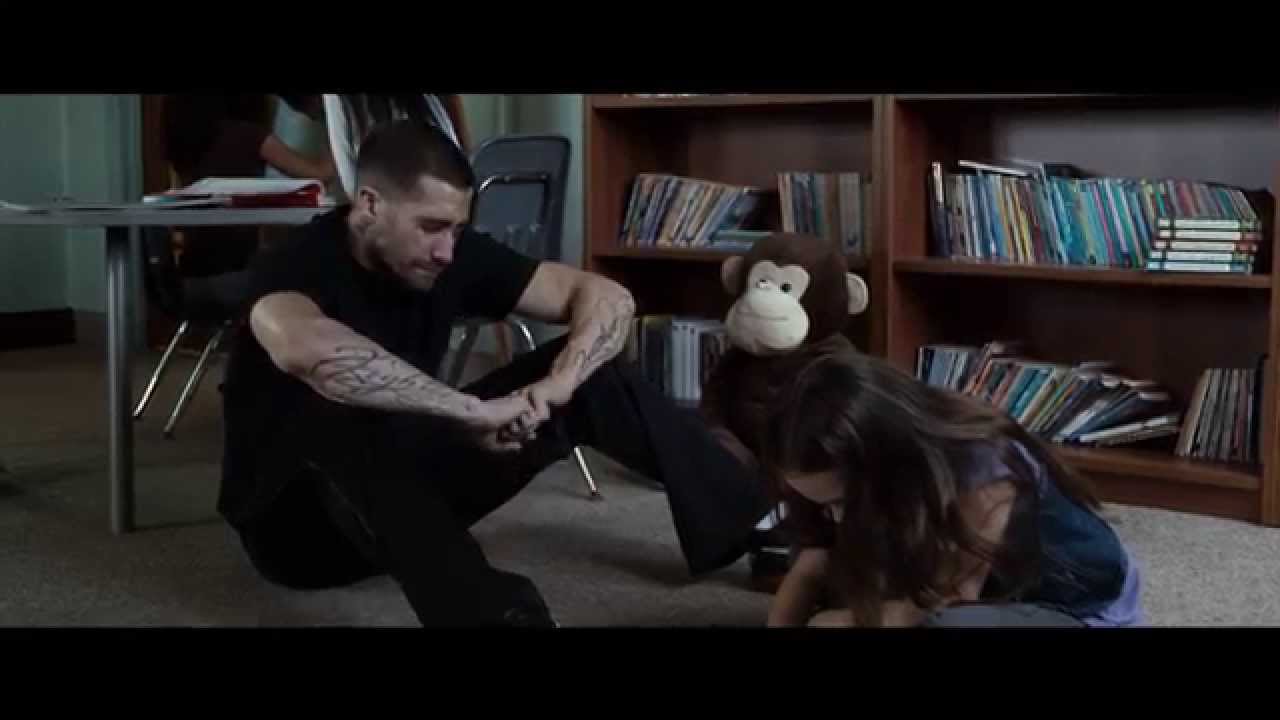 The focus of the movie is on Hope’s relationship with his daughter Leila (Oona Laurence) and his fight to win her back, both legally and emotionally and this is what makes you care about the story. Both actors are extremely credible and their relationship moving.

Billy seeks out Tick Willis, (Forest Whitaker) the typical world-weary trainer ‘who will never train another Pro’ until he meets Billy Hope. Willis teaches Hope how to fight defensively and introduces him to the Southpaw. Billy’s previous success in the ring seemed to be more about his ability to take a beating than his boxing abilities. Of course it is not just the technicalities of boxing Willis tries to teach Hunter, but some lessons about life, albeit his success with this is dubious. Yet strangely that is what I actually liked about this character of Willis: his acceptance of the fact that he is actually pretty hopeless himself. He holds his hands up and admits that he has no idea what the point of it all is. He is a good man trying to do the little he can to make the lives of the young guys around him just a little bit better, knowing that often he will fail. He agrees to help Billy knowing that it is likely he has not learned anything from the tragedy of events in his life. 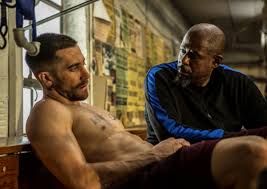 The reasons Billy has ended up where he is are raised by Willis, but are never resolved or even fully acknowledged by Billy. We are not privy to the anger management therapy Billy undertakes or whether it has really worked. You could argue that this is an incomplete character study or that the idea of the kid from the streets who is shown the true meaning of life by a wise coach to become a hero is a romanticised vision. There is no epiphany for Billy. All he ever does is whatever it takes to achieve what he feels he must to survive. He can’t live without the love of his daughter or with himself if he allows her to grow up in care, so he fights. I can’t help thinking that more insight into his motivations could have given the movie a little more weight.

Often however, all it takes to carry a boxing movie is an excellent performance from a great actor, and Jake Gyllenhaal does just that. His physique and moves in the r

ing are authentic and impressive: he walks like boxer, stands like a boxer and skips like a pro (and that is not to mention his incredible torso).  Many of the fight scenes are filmed in the ring with the boxers, the camera even apparently taking a punch at one point. The influence of Scorsese’s Raging Bull is definitely there however it is by no means as crafted or as real as the 1980 Oscar winning masterpiece (if you haven’t seen it, you have to watch it once, but that will most likely be enough).  The script and plot is much more Rocky than Raging Bull but also lacks the motivational earnestness of Rocky.  Director Antione Fuqua is clearly only interested in making you weep for the wounds, not so much in looking into the guts of them. There is good and bad about that. On the one hand, it comes across as lacking in substance and therefore slightly sensational, but the character of Billy Hope is nowhere near as detestable as Jake LaMotta therefore making the experience much less uncomfortable.  Despite what critics might think, this will make it much more watchable for audiences. Hope’s dark moments are still incredibly powerful. If you manage to keep your eyes dry when he is at his lowest, you are a better person that nearly everyone in the cinema theatre that I visited.

Ultimately the film is flawed. Too much is touched upon but not fully explored and there is nothing truly original about it. Yet despite that, the powerful music, dramatic performances and exciting boxing will completely suck you in and take you on a dramatic ride with the excellent Jake Gyllenhaal. In the end it is simply a thoroughly enjoyable movie and if you are anything like me, you will cry all the way through it.