With the cinema release of SPECTRE only a week away it is an appropriate time to have a look at why the twenty-fourth film in the Bond franchise has become the most anticipated. To be honest there are far more than the ten listed below but for the sake of brevity we cut the list down.

1. Dave Bautista is a henchman 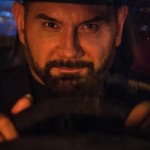 Former wresting star Dave Bautista made a huge impact last year as the Drax in the phenomenally successful Guardians Of The Galaxy. The film showcased his talents for both action and a keen sense of comic timing. This would have led to him being cast as Mr Hinx, the personal henchman to Franz Oberhauser (more on him later). The character is more than just a warm up for Bond as it is reported that the character is highly intelligent as well as being a total badass. 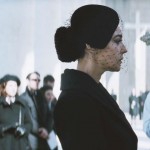 One of the main features of the Bond movies is the ability of James to shag his way through most of the female characters. This became such a standard in the Roger Moore era that the phrase Bond girls was introduced. Daniel Craig’s tenure has seen that change and now for the first time we have a strong female lead who is closer in age to Bond than at any time before. The casting of Monica Bellucci was a stroke of genius. Not only is she a great actor but she brings another dimension to the film. In interviews recently Bellucci was keen to emphasise the fact that she was more than just set dressing and her character was at the core of the story.

3. Sam Mendes returns as the director 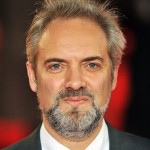 After the critical and commercial success of Skyfall director Sam Mendes stated that he would not be returning to bring a follow-up to the screen due to other commitments. When SPECTRE got delayed Mendes was able to sign on again and complete his other projects without conflict.  This was seen as a blow to a lot of people as his work on Skyfall was probably the main reason why it was received so well. It wasn’t an easy film to make due to the pressure on it to mark the fiftieth anniversary of the franchise but Mendes was able to steer the film to a successful finish and rightly received the plaudits for his work.

4. The return of SPECTRE 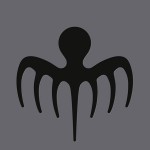 It’s been a long time coming. A mainstay of the early movies as the organisation hell-bent on world domination has been missing from the world of Bond for many years. They disappeared due to a long running dispute over the rights to the name and the ownership. This was settled a couple of years ago which paved the way for the reintroduction of the ultimate organisation of evil. If nothing else it gives the audience a chance to immaturely chortle at mentions of number twos in the film. 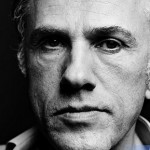 With a return to the world of SPECTRE the chatter soon turned to who would be the main antagonist. Cast in the role of Franz Oberhauser was the excellent actor Christoph Waltz. Of course once this was announced the speculation was that he was in fact a new version of the super villain Ernst Stavro Blofeld, the most memorable bad guy in the franchise. The trailers seem to have refute the suggestion as the Oberhauser character is seen with a full head of hair and thee isn’t a strokable white pussy in sight. It could be a double bluff of course. 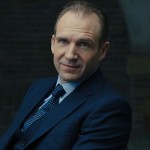 As well as being a celebration of the previous fifty years the Skyfall movie also set hings up nicely for a new era of Bond movies. We now have in place a lot of familiar characters that were gently phased out at the start of Daniel Craig’s tenure.  The new M is in place, in the form of Ralph Fiennes as well as Q and Moneypenny. Bringing these characters back enriches the stories and opens up the possibilities for future Bond adventures. 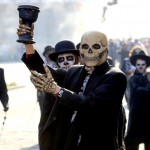 The series is well known for its use of interesting locations all over the world. SPECTRE is no different. Two of the main locations this time are Rome and Mexico City. Rome fits the bill very well with its stunning architecture and its sense of history. Mexico City during the Day Of the Dead celebrations is a clever choice. With the stunning visuals and the unease that the celebration can invoke it is sure to be the scene of a great set piece. 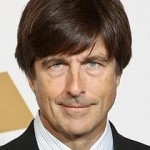 Returning to write the score is Thomas Newman, a composer who has worked extensively with Sam Mendes. His contribution to Skyfall was a surprisingly good score that emphasised the on screen action and the aforementioned exotic locations. Taking over from David Arnold was always going to be a tough gig. Newman did so well to change things a bit but keep the familiarity there as well.

From the hints in the various trailers we can work out that the film looks back as well as looking forward. The basis of the story stems from an incident in Bond’s past and hopefully will allow the audience to get a glimpse of the early days of the character. There has been talk of adaptations of the Charlie Higson Young Bond novels for several years now and EON are keen to expand the Bond franchise in the future but until this becomes reality we will have to content ourselves with this. 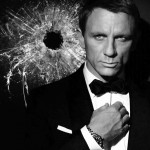 If the recent interviews are anything to go by this may be the last chance we get to see Daniel Craig in the role of James Bond. He is contacted for a further film but the inference from him is that it is time for him to move on. Whether this is just idle talk remains to be seen. If  he is calling time on the role than it is appropriate to go out on a high. Check out the short video below for some of his best bits.