UK cinema releases in January is the traditional time for the serious award contenders to get wide releases. The award buzz is usually in full effect by this point and some films have been nominated for awards even before the public gets a chance to see them. This year is no different with major releases featuring Jennifer Lawrence, Leonardo DiCaprio, Michael B Jordan and Michael Keaton. 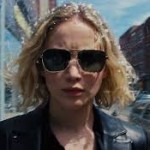 On the face of it a film based on a true story about the woman who invented the Miracle Mop doesn’t seem like an interesting prospect until you see that it is a David O Russell film and features Jennifer Lawrence, Bradley Cooper and Robert De Niro. Given their track record together the film looks to be another intelligent and absorbing drama. 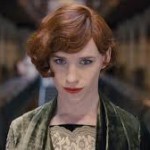 Eddie Redmayne’s bid for a second best actor Oscar comes in the form of The Danish Girl. Loosely based on the lives of the Danish artists Lili Elbe and Gerda Wegener, the film shows how the couple cope as Lili transforms from a man to a woman culminating in one of the first attempts at gender reassignment surgery. Alicia Vikander tops of a very good 2015 as she co-stars as Lili’s wife Gerda. 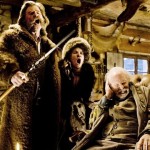 The very welcome return of Quentin Tarantino. The Hateful Eight is a murder mystery western set in a snow bound refuge in Wyoming. As with all Tarantino films there is an impressive cast list including Samuel L Jackson, Kurt Russell, Walton Goggins and Jennifer Jason Leigh. The online leak of the film may well hit the box office but it doesn’t dampen the anticipation for a movie that boasts an Ennio Morricone score. 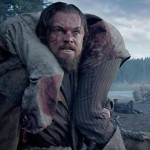 Another tale from the old west, but a very different beat indeed. Having missed out on the best actor Oscar on so many occasions this may finally be the year that Leonardo DiCaprio finally triumphs. A tale of revenge as a man is left for dead by his colleagues after a bear attack. Tales of difficulties in location shooting, Bear rape (yes, really!) and filming utilising only natural light have only added to the buzz around the movie. 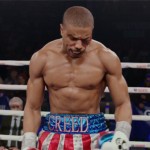 The consensus among fans and critics was that the Rocky franchise was at its end after the sixth installment in 2006. Director Ryan Coogler had other ideas. A passion project he had long-held dear was Creed, the story of the son of the late, great Apollo Creed. Michael B Jordan teams up with Coogler again after the critically acclaimed Fruitvale Station in 2014 in what may prove to be the breakout role for the actor. Sylvester Stallone gives a stellar performance as Rocky who reluctantly agrees to train the young fighter. 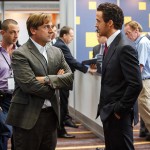 Based on a true story, the film from director Adam McKay focusses on a group of financiers that in 2008 saw how the US housing market was going and essentially bet against it in a bid to make money while the economy crashed. Ryan Gosling, Steve Carell and Christian Bale star in a film that is getting a good deal of critical praise and looks to be a contender as the award season kicks off. 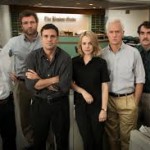 As with a lot of this month’s releases, Spotlight has its basis in a true story. Set in 2001 the film tells the tale of the Spotlight team on The Boston Globe newspaper who uncovered and reported on abuse and child molestation within the local Catholic archdiocese. The subsequent report would have repercussions for the Catholic church all over the world. The film has a star-studded cast including Michael Keaton, Mark Ruffalo, Rachael McAdams and Liev Shreiber.