As lovers of all things cinematic, 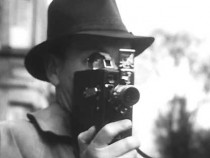 it seems more than appropriate to highlight the fundraising campaign that has just kicked off to help with move of Scotland’s moving image archive. The National Library Of Scotland is developing a new archive to house and maintain the moving image collection.

The unique archive features footage from the last 100 years. It is made up of diverse non-fiction material from home movies, documentaries and educational film. It gives a glimpse into the way that Scotland and its people lived and played.

The archive is moving to the Kelvin Hall in Glasgow and a fundraising campaign has been started to raise the last £250,000 needed for the move which is scheduled to be completed in late 2016. A short video featuring some of the best known faces in Scottish acting has been released to promote the fundraising.

You can find more information and the opportunity to donate at http://www.everydayhero.co.uk/event/KelvinHall