In preparation for his lead role in Stephen Frears’ Lance Armstrong biopic, The Program, Ben Foster went the extra mile by actually taking performance-enhancing drugs in order to gain a better understanding of their effects. Marking its release on Digital HD, Blu-ray & DVD, we’re taking a look at other actors who went to extreme lengths to portray a character 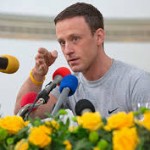 Ben Foster stars as Lance Armstrong in this suspenseful adaptation that depicts the true story of how the cyclist fell from grace after partaking in the most sophisticated doping program the sport had ever seen. In order to get inside the head of the former hero and truly understand the effects of doping Foster admitted to taking performance-enhancing drugs. This is not the first time Foster has gone all out for a role as he previously ate handfuls of dirt to comprehend the hardships endured by Navy Seals for Lone Survivor and spent time living on the streets of LA for his small part in Rampart. 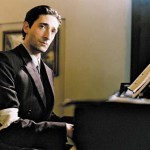 Losing 30 pounds and spending hours learning to play the piano for his role as Holocaust survivor Wladyslaw Szpilman wasn’t enough for Adrien Brody. He took method acting to a new level by giving up his apartment, selling his car, disconnecting his phone, and ultimately leaving his life behind in order to feel the same loss Szpilman felt. His actions cost him his girlfriend of the time but subsequently secured him an Oscar for best actor in 2003. 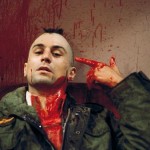 Robert de Niro’s portrayal of Travis Bickle, the disturbed insomniac taxi driver, in Martin Scorsese’s remarkable crime drama was nothing short of amazing. His strong performance can be linked to the fact that while prepping for the role De Niro actually got his cab driver’s licence. He worked 12-hour shifts for a month prior to shooting and claims that, despite his Academy recognition for The Godfather: Part Two, he was only ever recognised once. 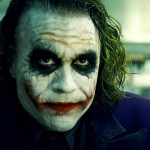 Heath Ledger went to great lengths to prepare for the part of The Joker in Christopher Nolan’s blockbuster smash. His incredible representation was a product of locking himself in his apartment for a month prior to filming, sleeping two hours each night, and never breaking character. Crew members worried for the actor and warned him that he had taken things too far. 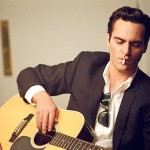 While starring as Jonny Cash in James Mangold’s award winning biopic Joaquin Phoenix spent months learning to sing and play the guitar. He then went the extra mile by only responding to people if they called him JR, Johnny Cash’s real name. He claims to be embarrassed about the situation in hindsight but maintains that being called Joaquin on the set felt wrong. He continued down the method route while preparing for Casey Affleck’s I’m Still Here by convincing the world he had quit acting and gone a little bit crazy. 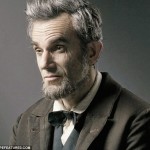 Daniel Day-Lewis is renowned for his method approach to his roles. He spent two months in a cerebral palsy clinic for My Left Foot, learnt to track and skin animals for The Last of the Mohicans, and spared no exceptions for Spielberg’s Lincoln. During production Day-Lewis spoke with a Kentucky accent on and off set, insisted on being addressed as ‘Mr President’, and signed messages to his co-stars as ‘Abe’.