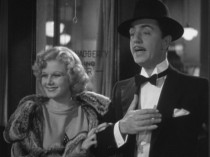 William Powell and Myrna Loy had a long and fruitful screen partnership together that spanned two decades and 14 successful movies including the very popular Thin Man series. As part of the dream teams on the silver screen strand of the 2016 Glasgow film festival there was a rare chance to see one of their earliest movies, the Oscar nominated comedy Libeled Lady.

Due to a mix up, a New York newspaper has printed a scandalous story about a society heiress, Connie (Myrna Loy), being found in a compromising situation with a married man. She and her father have then raised a $5 million libel case against the newspaper as the story had no basis. If the court case is successful it will force the paper to close. The editor (Spencer Tracy) hatches a plan to actually get Connie into the very situation she was falsely accused of. The hope is that in doing so the libel case will be dropped. To achieve this he needs the help of his fiancé Gladys (Jean Harlow) and Bill (William Powell) to get married and then for Bill to entrap Connie. Of course things don’t quite go to plan as first Bill falls in love with Connie and Gladys falls for Bill.

The film is typical of the time. The comedy is fast with the snappy dialogue keeping the film light and entertaining. As the publicity for the movie states you get four stars for the price of one which in this case is very true. The big star at the time was Jean Harlow but it is really a film that all the lead actors get enough time on screen to make their mark. 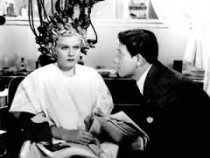 William Powell plays the part of the scheming reporter with consummate ease. The part seems natural for him and he has genuine on screen chemistry with Myrna Loy. They seem to spark off of each other and it is a treat to see them together. Powell’s comic timing make it a memorable and enjoyable performance. He is adept at the physical elements required for the role and is able to pull off the prat falls quite naturally. In one of his early screen appearances, Spencer Tracy nails it as the wise cracking newspaper editor. Even then he had star quality about him. As with Powell he is at his best when he gets the chance to play off against another actor.

It was good to see the female characters being as well rounded as their male counterparts. Both Harlow and Loy have parts that are equal in stature to Powell and Tracy and in most respects their characters come off as being smarter and wittier. Connie is probably the smartest on the screen. She doesn’t suffer fools and is always suspicious of anyone trying to get her or her father’s attention. She is always looking for the angle.

As well as the skill of the actors the film works so well because of the pacing of the film. This is largely down to a couple of factors. The writing plays a big part in the energy of the movie. Characters are always on the move and there is a sense of urgency in the dialogue. Like a lot of comedies from the period the interactions are quick and you have to pay attention to pick up on some of the plot details. This screwball style is not for everyone but I always find it particularity enjoyable to watch. The other factor is the way it is staged. A large part of this is down to the vision and scope of the director. We move quickly from hotel, to ship to countryside in a few short minutes. It all seems appropriate to the story and never feels like a mis-step.

Overall, an enjoyable fast paced comedy with some great performances.