There’s a fine distinction between a piece of silent cinema and a film with practically no dialogue. Minuscule, out in cinemas from May 27th, attends to that distinction by telling its tale with gusto, ambient noise, a fantastic score and not a word of dialogue. Things go ‘bzzz’ a lot and the action doesn’t let up from the start but dialogue? Not a dickey bird. Turns out, though, that actions do indeed speak louder than words and Minuscule is a thoroughly charming film, earning it’s place alongside a glittering array of wordless classics.

Minuscule: Valley Of The Lost Ants 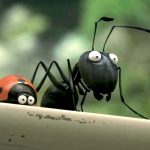 A feisty ladybird befriends an opportunistic black ant and then gets embroiled in a battle of epic proportions as he helps the ant and his nest defend a haul of sugar cubes from marauding red ants. A classic David & Goliath tale played out in miniature, the only ‘dialogue’ here comes in the form of some very expressive bug noises from possibly the cutest cast in this list. The film, blending live action backdrops with expertly animated bugs, hails from France and has already spawned a CBeebies series but Valley Of The Lost Ants is (minuscule) event cinema not to be missed! 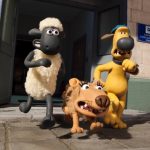 Aardman Animation has long been the go-to group for top quality, old school animation but even allowing for that reputation, they raised the game with Shaun The Sheep, the feature debut from a character who had previously cropped up in a Wallace & Gromit adventure before scoring his own CBBC series. That the feature film was compared to the finest examples of silent slapstick comedies is testament to Aardman’s endless creativity and their incomparable love of cinema. 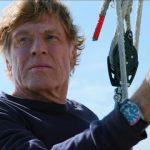 Robert Redford has always been an actor fighting against type, where that type has often tried to pigeon-hole him as simply an (increasingly weathered) pretty boy. Revealing far more depth than that throughout his career, he nevertheless put the naysayers to bed once and for all with his tour de force performance as a stranded yachtsman fighting the elements and disaster in All Is Lost. That he does so almost wordlessly makes the feat even more remarkable. 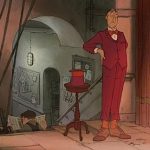 Jacques Tati was, for many, the father of silent cinema so it seems somehow fitting that one of his unproduced scripts becomes part of this list. The Illusionist is a sublime cartoon adventure that follows a ageing stage illusionist forced to take jobs wherever he can find them as flashier entertainment starts to fill the auditoriums he once did. A job in Scotland puts him into contact with a local girl called Alice, and their encounter changes both of their lives forever. That the film shares DNA with Bellville Rendez-vous is more than coincidence, however, since Sylvain Chomet directed both. 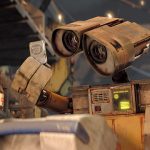 Reminder: This is a list of nearly wordless cinema, not silent, so Pixar’s instant classic makes the cut despite some rather verbose humans in the film’s final third. The majority of the action sees a heartrendingly lonely waste disposal robot go about his business on a desolate, abandoned Earth, with only a cockroach for company. When a sleek new robot appears on the scene, assessing the earth’s habitability, love blossoms against all odds and one of the sweetest films of all time takes its place in the pantheon of cinematic greats.

Charm personified, this French animation (what is it with the French and wordless cinema?) follows an old lady and her dog who, with the help of three ageing singers, attempts to rescue her kidnapped grandson. Who is a champion cyclist. Yeah, we didn’t say it made any sense but gloriously off-kilter design, a definitively Gallic sense of humour and a muted colour palette all combine to make Belleville Rendez-Vous a delight for film fans of any age or persuasion.