John Cusack plays the fierce Roman warrior Lucius in Daniel Lee’s new martial arts epic, Dragon Blade. In the action-packed film, Lucius meets Huo An (Jackie Chan), leader of the Silk Road Protection Squad and asks for shelter from the harsh drought of the desert. After setting aside their differences the two join forces to fight the corrupt Roman leader Tiberius (Adrien Brody) and his army in an epic battle between two of history’s most dominant empires. To mark the release on DVD, we take a look at John Cusack’s diverse range of past roles. 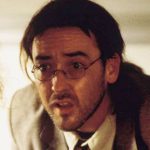 In one of the most original and thought-provoking films of the 90s, John Cusack gets the opportunity to see the world from John Malkovich’s eyes, in the most literal way imaginable. After finding a portal in his office that transports you inside the mind and body of the acclaimed film and theatre actor, Craig Schwartz (Cusack) becomes addicted to his new escape but fails to keep this revelation a secret, leading to him selling tickets to all of those who want to be someone else for 15 minutes at a time. Cusack succeeds in being compassionate enough for audiences to empathise and understand his actions, whilst also carrying off the creepy and perverse nature of his character to make the audience also question his motives.

Maps To The Stars 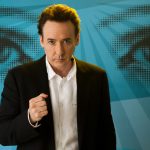 After slipping away from the expressive and artistic side of the Hollywood scene, this role for Cusack seemed to represent a return to form. He plays TV Psychologist Dr. Stafford Weiss, pandering to his many celebrity clients and his immensely successful child actor son, Benji. Cusack becomes a major part of the narrative as secrets are revealed about his personal and professional past, in a film that aims an attack on the ugly, superficial side of Hollywood fame and lifestyle; something Cusack has always looked to avoid in his career. 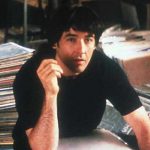 This is the kind of role that Cusack was born to play, where he feels most at home. Cusack has never really been viewed as a sex symbol, or an action star, but he does play ‘cool’ very well. High Fidelity tells the story of a man searching for the love of his life, whilst working in his record store, ‘Championship Vinyl’, with Jack Black. Cusack’s character literally talks the audience through the film by breaking the fourth wall and sharing his innermost insecurities, secrets and often ranting about his favourite records and bands. Based on the novel by Nick Hornby, Cusack does a great job of capturing our lead character’s sheer desperation to find the Vinyl playing, denim jack rocking woman of his dreams. 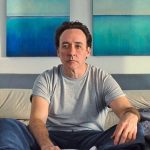 One of last year’s most beloved films, Love & Mercy tells the story of the musical genius behind the Beach Boys; Brian Wilson. Split into two parts, the role is shared between two actors: Paul Dano in the early years when the group are taking the music scene by storm, and coming to terms with his terrible illness; followed by John Cusack who plays Wilson in the 80s, struggling to deal with his abusive therapist (Paul Giamatti) and falling in love with Melinda Ledbetter (Elizabeth Banks). Cusack does an excellent job of playing a broken and confused music icon, with great performances coming from everyone; this is definitely not a film to miss for any music fan. 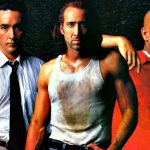 This action movie classic is easily thought of as a Nic Cage and John Malkovich feature, but in the midst of all the chaos and mayhem is John Cusack’s air traffic controller, Vince Larkin, fighting passionately for support for the film’s hero, Cameron Poe (Cage). Poe is a man flying home from prison on board a plane full of incredibly dangerous and psychotic criminals, lead by Cyrus (Malkovich), who breaks free and attempts to highjack his freedom. For every beefed up Nic Cage there’s a John Cusack behind the scenes fighting for a ‘good man’. 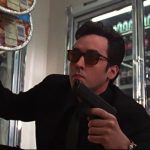 Here Cusack plays a depressed, moralistic hitman who returns to his home town for a high-school reunion and the girl he left behind. The movie trailer narration just writes itself doesn’t it? Grosse Point Blank is cherished by many and it’s easy to see why: cheesy lines, crazy shoot outs and the kind of quick witted comedy only found in a 90s cult classic. The film was actually co-written by Cusack and succeeds once again at being cool without being too cute, and although it’s slightly absurd it owns it in a uniquely satisfying fashion.