In Daniel Lee’s action epic Dragon Blade, Oscar-winner Adrien Brody plays the role of the ruthless and power –hungry Roman General Tiberius. The ambitious General, who killed his father and blinded his younger brother, is pitted against Huo An (Jackie Chan) and Roman legion leader General Lucius (John Cusack), who have been wrongfully accused of treason and are trying to clear their names. Brody’s character is motivated by a merciless desire for ultimate power, and his line “I like people to hate me. Their hatred makes me feel alive” encapsulates Tiberius’s aggressiveness. We take a look at some of Adrien Brody’s diverse range of past roles. 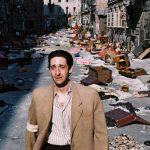 In this gut wrenching adaptation of Polish composer and World War II survivor Wladyslaw Szpilman’s autobiography, Brody gives the best performance of his career. He plays Szpilman, a renowned Jewish pianist who is separated from his family as they’re sent off on cattle trucks to Auschwitz. Left to hide and fend for himself in an occupied Warsaw, he witnesses firsthand the horrors of the Holocaust. It’s almost as hard for us to watch as it is for Szpilman, as the scenes director Roman Polanski creates are a devastating insight into the dehumanising experiences people were forced to endure during 1940s Eastern Europe. Brody’s performance is just as chilling, from the dramatic physical transformation he goes through to the emotions he expresses despite little dialogue. This breakout role resulted in Brody becoming the youngest actor to win an Academy Award for Best Actor and established him as a true force in the industry. 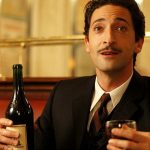 Brody has a small supporting role in this fantastically unique Woody Allen film, alongside other megastars such as Owen Wilson, Rachel McAdams, and Kathy Bates. The films centres on Gil (Owen Wilson), a screenwriter who dreams of attaining the literary success of his idols Hemingway and Fitzgerald. On vacation with his fiancée (Rachel McAdams) in Paris, he is enthralled by the poetic undertones he sees amongst the Paris streets and inexplicably time travels back to the 1920s, where he comes face to face with literary and artistic legends. Adrien Brody makes his appearance as Salvador Dalí, a flashy, over-the-top Surrealist painter.  His hilarious depiction of Dalí’s strange eccentricities provides one of the most entertaining and memorable scenes in the movie. 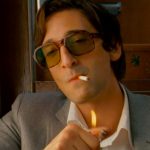 Adrien Brody is the star of this Wes Anderson comic tale, alongside Owen Wilson and Jason Schwartzman, who play three brothers that reunite for a “spiritual” trip to India after Wilson’s character attempts to take his own life. This is the brothers’ first encounter in over a year – their last meeting occurred at their father’s funeral, for whom they spent their life competing for his affection and approval. Through exquisite attention to aesthetic detail, complicated characters and intricate story lines, the filmmakers are able to explore the finer beauties of India and the complexities (and humour) of familial relationships. Brody gives a particularly strong performance in his Anderson debut as Peter, the troubled middle brother grappling with his soon-to-be role as a father. One of the most poignant scenes is when Peter has a firsthand experience with tragedy in a small Indian village, and how he reacts gives his character an added layer of complexity. It shifts his perspectives and forces him to re-evaluate himself and the life he’s been living, and the remarkable acting on Brody’s end only contributes to the depth of the film. 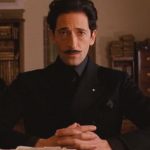 Brody assumes the role of moustache-twirling villain Dmitri in another Wes Anderson film, the award winning Grand Budapest Hotel. Inherently evil, his character kills his mother, has the protagonist Gustave (Ralph Fiennes) wrongly imprisoned for a murder, and orders a lot of people to be killed. His main motivations are to track down and steal a valuable painting that his mother left to Gustave in her will. However, his efforts are often thwarted by his lack of genius – he’s more of a bumbling villain than a manipulative mastermind. However, the quirkiness of the character masks some darker undertones – such as Dmitri’s ZZ officers being a reference to the Nazi SS officers. Brody depicts the role well, and through the quirk and humour he leaves us with subtle hints of something darker. 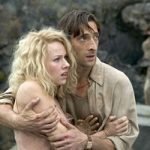 Fresh off the Lord of the Rings trilogy, director Peter Jackson tackles this blockbuster reboot which stars Adrien Brody in one of the leading roles. He assumes the role of Jack Driscoll, a struggling playwright that starts working on a script for filmmaker Carl Denham (Jack Black). He meets love interest Ann Darrow (Naomi Watts) aboard the ship taking them to the mysterious Skull Island where they intend to start filming. However, it’s upon this island that Ann is kidnapped by Kong, who she subsequently befriends. The casting of Brody as Driscoll drew some criticism because a few critics didn’t think he was typical hero material, but that’s exactly why we like him in the role. He’s simply an unassuming writer, so it’s refreshing to have a non-traditional hero at the forefront of this epic tale. 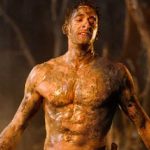 Brody’s role in this film is another example of how dedicated he is to fully getting in character. Similar to how he chose to become emaciated for his role in The Pianist, Brody put on almost 25 pounds of muscle for his role as Royce, an ex- U.S. Army Special Forces soldier turned mercenary. Royce finds himself parachuting onto a strange island with no idea how he got there, and soon discovers that he is joined not only by other trained killers, but also by creatures called “Predators” that are intent on slaughtering the humans. While this isn’t one of Brody’s stronger films, it still shows his commitment to the craft of acting and how seriously he takes each role.