Domhnall Gleeson plays Jim Farrell in the cinematic adaptation of Colm Tôibín’s award winning novel Brooklyn. The story follows Eilis (Saoirse Ronan) as she leaves her life in Ireland behind to pursue the American Dream. Whilst in The Big Apple, Eilis falls in love with the Italian-American Tony (Emory Cohen). Unfortunately, due to unforeseeable events she is forced to move back to Ireland where she falls for Jim and is left wondering whether or not to return to the States. This being his latest role, we take a look at some of Gleeson’s best work to date. 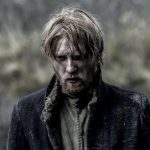 Leonardo DiCaprio may be stealing the spotlight in terms of performances and awards in Alejandro Inarritu’s survival epic, The Revenant, but Domhnall’s portrayal of Captain Andrew Henry shouldn’t be overlooked. Following a brutal bear attack, frontiersman Hugh Glass (DiCaprio) witnesses the murder of his son and is left for dead at the hands of John Fitzgerald (Hardy), a member of his own expedition team. Glass literally crawls out of his own grave and embarks on a visually stunning and physically exhausting revenge mission to find his old team, lead by Captain Henry, and get the man responsible for abandoning him and killing his boy. 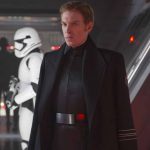 Securing a part in cinema’s largest franchise was a spectacular feat for the Irish actor. The seventh instalment of George Lucas’ sci-fi classic takes place 30 years after Episode VI and the destruction of the Empire. However, a new threat comes to surface in the form of the First Order. A group of unlikely new heroes (and a few old ones) must work together to prevent the First Order and its mysterious leader Snoke from finding Luke Skywalker and completely eliminating the Jedi. Gleeson plays General Hux, a callous First Order commander on Star Killer Base determined to shift power away from Kylo Ren (Adam Driver) and into his own hands. 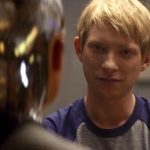 A step away from big budget blockbusters sees Domhnall in one of his best roles to date. He plays Caleb, a computer programmer at the biggest internet company in the world. He gets ‘randomly’ selected as the winner of an internal office competition to spend a week in the mountain home of the company’s reclusive CEO, Nathan (the brilliant Oscar Isaac). Caleb shortly finds out that he isn’t there for a holiday, but to be the heart and centre of an incredible experiment involving the first ever true AI, embodied in a beautiful robot (Alicia Vikander). 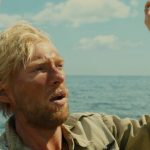 Angelina Jolie’s heroic tale of resistance follows the life of Louis Zamperini (Jack O’Connell), a former Olympic athlete who joins the armed forces during World War Two. After a near fatal plane crash Louis and two of his crewmates (Domhnall Gleeson and Finn Wittrock) are forced to spend 47 days on a small raft in the middle of shark infested waters. Just when they thought things couldn’t get worse, the survivors are picked up by a Japanese warship and taken to a P.O.W camp. Louis is subjected to a barrage of torture but never once seems to lose character and constantly uses his strong will to inspire the other members of the camp. Gleeson shed a considerable amount of weight for this role, so much so that his contact lenses wouldn’t fit in his eyes anymore! 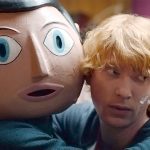 Lenny Abrahamson’s Frank is another indie classic for the young Gleeson. He plays a budding musician named Jon who joins an avant-garde pop band called The Soronprfbs. The front man of the group is Frank (Michael Fassbender), an eccentric and mysterious man who always wears a large papier-mâché mask. Jon tries his best to broaden the band’s audience and share Frank’s gift with the world, resulting in a multitude of problems which threaten to tear the group apart. 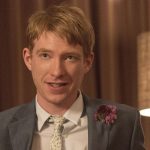 On his 21st birthday Tim Lake (Gleeson) discovers that he has the ability to travel in time. While his travels won’t affect the grander scheme of history he can still manipulate what has happened and will happen in his own life. So, of course, the first thing he does is set out to get a girlfriend. After meeting Mary (Rachel McAdams) and repeatedly setting back the clocks to win her heart, he finally succeeds. Tim uses his gift as well as he can to aid all his errors and those of his friends and relatives. However, he soon realises the dangers of time travel and the limitations it possesses.