So just in case you (like me) missed the media attention when the book came out, something pretty awful happens in the third instalment of the Bridget Jones book trilogy. Don’t worry, I won’t tell you, not like my friend Arlene, who instantly gave the major storyline away almost as soon as I said, “I bought the new Bridget Jones book.”Not that we’ll need to worry about that with the film, because Bridget Jones’s Baby actually bears no resemblance whatsoever to the plotline of Helen Fielding’s Mad About the Boy.

Fielding’s novel had moments of comedy and a suitably Bridgetesque ending, but it was lacking the laugh-out-loud hysterical passages of the previous two books. It also dealt with a very upsetting storyline that obviously meant it could never be quite as funny. Whether or not the film will be an improvement on the source material, we will find out in September 2016, however it certainly looks like it is not making any attempts to delve too deep and will remain focused on light-hearted fun. And that is what we have always loved about Bridget Jones, that and the romance.

The storyline doesn’t seem to consist of much more than Bridge getting pregnant with Mark Darcy (Colin Firth) and new boyfriend Jack Qwant (Patrick Dempsey) fighting for her love as she tries to find out who the father is and who should act as such. You could argue that it’s not actually that much of a laugh getting pregnant in your forties and not knowing who the father is, still if the father looked anything like Colin Firth or Patrick Dempsey, it would certainly take the edge off. Most of the stars have returned with Dempsey putting everyone else in the movie to shame by growing old so god-damned handsomely.

I would love it to stand up alongside the beloved Bridget Jones’s Diary and Bridget Jones: The Edge of Reason, unfortunately I do have a few concerns: 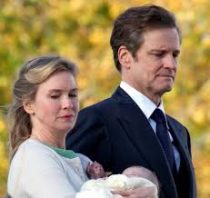 Helen Fielding, Emma Thomson and Dan Mazor (Ali G, Borat) have written the screenplay (apparently over 6 years in the making); and original director, Sharon Maguire is back behind the camera, so that does give me hope.

To cheer you up, some fun facts about the film:

It’s difficult not to love the silliness of Bridget, her utter confusion and her bizarre social faux-pa’s. And yet despite the silliness of it all, there is always an underlying message that says if you allow yourself to be who you really are and make no excuses for it, people will love you anyway. Despite the smoking and drinking and swearing, and clumsiness with words and limbs and bums and lipstick.

With a good heart, good intentions, and a good nature, you can survive this frightening modern world we live in, hopefully with a smile on your face. And that’s good news for girls like me.