Emma Watson, actress, feminist and UN Women Goodwill Ambassador, has gained plaudits for her challenging role in Florian Gallenberger’s gripping film The Colony (Colonia). Whilst Watson has continued to grow as a performer following her debut as Hogwart’s teacher’s pet, Hermione Granger, The Colony shows her in an entirely different light. To honour her exceptional and increasingly diverse work on screen, let’s take a trip down memory lane and revisit some of the starring roles she has become known for over the years: 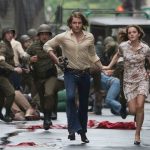 Playing the character of Lena, Watson embarks on a journey to liberate her lover (Daniel Brühl) from the infamous Colonia Dignidad cult, and it’s leader Paul Schafer (Michael Nyqvist). This challenging role gives fans the chance to see an incendiary Emma as she’s never been seen before, with her character showing extreme courage in the face of pure evil, attempting to expose the ugly truth about a religious cult with links to Chilean leader General Pinochet’s unflinching regime. Watson gives a dedicated performance, portraying a brave young woman in pursuit of salvaging what little justice she can. 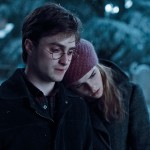 By far the most memorable role of Watson’s career, Hermione Granger has become one of cinemas most beloved characters thanks to her fantastic performances through the eight Harry Potter films. Based on J.K Rowling’s immensely popular novels, Harry Potter and the Philosopher’s Stone was Watson’s cinematic screen debut, playing the intelligent and determined young girl who we have seen grow up in the franchise over 10 years, playing a large part in many of our childhood lives. Spending time solving various magical mysteries around Hogwarts with your best friends has become a common dream amongst us muggles, but Emma Watson got to live it! 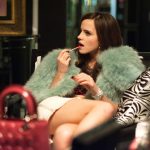 From a child witch genius to a teenage criminal mastermind, it was hard to believe in 2013 that the sweet Emma Watson of Harry Potter fame could ever be involved in the criminal world of celebrity home theft! Wanting access to the lifestyle of the rich and famous, Nikki (portrayed by Watson), and her glitz and glamour fixated friends go ‘shopping’ in various Beverly Hills mansions, trying on everything from designer threads to the hottest shade of lipstick. But thieves never prosper, and Nikki soon finds herself well in over her Gucci shades with the law. Watson doesn’t take the easy road with The Bling Ring, challenging herself with a complex role in Sofia Coppela’s film on the grotesque celebrity culture we live in today. 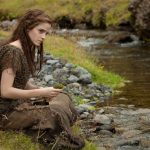 Another celebrated American director that Emma Watson has had the pleasure to work with is Darren Aronofsky, in his biblical epic Noah. Watson plays the role of Ila, Noah’s daughter in law and fellow flood survivor (spoiler alert!), in the first in a long line of modern biblical epics that looked back to the golden-era Hollywood studio films of the 1950’s. Though this adaptation of one of the good book’s most well known tales shouldn’t be taken too seriously (it also stars ‘rock monsters’…) it did prove to be a good fit for Watson who was able to tackle a darker and grittier film than her previous projects, and introducing her fans to yet another side of her, where she shines like sunshine through biblical storm clouds!

The Perks of Being a Wallflower 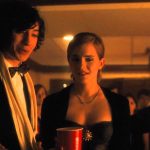 In this modern fan favourite Watson plays free spirited high school teen Sam, a complicated but exciting young woman who would rather be dancing all night than studying for a final. Sam and her step-brother Patrick (Ezra Miller), take freshman Charlie (Logan Lerman) under their wing to show him the joys of being a teenager, and the art of not taking life too seriously, as tough as it seems at that age. Based on the best-selling novel by Stephen Chbosky, The Perks of Being a Wallflower captures the dizzying highs and crushing lows of growing up with love, loss, fear and unforgettable friends, which Watson embodies perfectly.

My Week with Marilyn 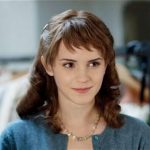 Last but not least, Emma Watson continues to stand out in this moving biopic on one of the world’s most iconic stars, which also features a Golden Globe winning performance from Michelle Williams as Marilyn. Watson stars as Miss Monroe’s stylist Lucy, who is courted by aspiring filmmaker Colin Clark (Eddie Redmayne) whose account of his week on the set of The Prince and the Showgirl shows us a rare and unseen side to the beloved icon. With such a talented cast enrolled in the film, Watson does a fantastic job of holding her own and creating a memorable performance that continues to demand audiences to give her the attention she deserves as an actress in her own right.

The Colony is available to buy via digital download from August 19th and on Blu-ray and DVD from August 22nd.