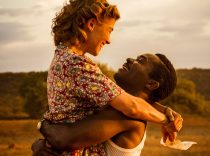 The BFI London Film Festival is Britain’s leading film event and one of the world’s best and most established film festivals. In its 60th year the programme sees Headline Galas presented at the Odeon Leicester Square on each evening of the 12 day festival. Festival visitors will be able to enjoy a brand new cinema experience with Competition and Strand Galas presented at the new Embankment Garden Cinema, in the beautiful Victoria Embankment Gardens.

With 780 cinema-style seats, Dolby 7.1 surround sound and 4k digital projection, this temporary venue brings the festival to even more people and connects screenings in the West End with the BFI’s home cinema at BFI Southbank. This, combined with the Festival’s Special Presentations, a rich, diverse programme of international films, as well as insightful events and talks with leading lights of the international film and creative industries, reaffirms London’s position as the world’s leading creative city.

This year’s festival includes an agenda-setting Symposium event that heralds the BFI’s BLACK STAR project, the UK’s biggest ever season of film and television dedicated to celebrating the range, versatility and power of black actors coming in late October. Films within the Festival programme will amplify the season, while the Symposium will ask searching questions about the continued under-representation of black actors on screen, probing why opportunities for black actors in the US and the UK remain limited and aiming to drive forward a progressive agenda by spotlighting and exploring key issues for the film industry.

The Festival will screen a total of 193 fiction and 52 documentary features, including 18 World Premieres, 8 International Premieres, 39 European Premieres. There will also be screenings of 144 short films, including documentary, live action and animated works. A stellar line-up of directors, cast and crew are expected to take part in career interviews, Screen Talks, Q&As and Industry Talks: LFF Connects during the 60th BFI London Film Festival which runs Wednesday 5 – Sunday 16 October 2016.

For full details go to www.bfi.org.uk/lff