It’s not easy being typecast. You rock up for the audition, super keen to play an emotionally challenged romantic lead in what is promised to be the biggest hit of the year, but all the casting director sees is your genre-re-defining role in that silent post apocalyptic expressionist action film that your fans won’t leave you alone about. What’s an actor to do? The list below shows it is possible to break out of that mould and occasionally try something a bit different. 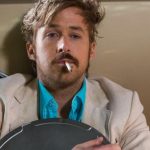 It’s a truth universally acknowledged that Ryan Gosling is perfect. In. Every. Way. He’s marked himself out as a witty, humble interviewee and is well on his way to being one of the actors of his generation thanks to the likes of Drive, Crazy Stupid Love and the heartbreaking Blue Valentine. But the comic foil in a buddy movie? That’s something he’s never seemingly got around to until this year’s The Nice Guys which sees him star alongside Russell Crowe’s man-mountain of an enforcer as a down on his luck and very, very alcoholic private investigator. Whether he’s dumping rotting corpses onto unsuspecting dinner tables or taking his daughter to drug-fuelled porn parties, there really isn’t a thing this loser gets right, something that’s made all the more effective for the fact that he’s, well, perfect, perfect Ryan Gosling. 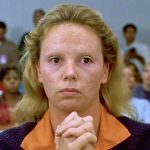 There’s a fine line between a publicity stunt and going over-and-above for a role but no-one ever expected the off-the-scale-beautiful Charlize Theron to tread that line as effectively as she did for her incendiary performance as female serial killer Aileen Wuornos in Monster. No one would ever have imagined the bloated, blotchy and, well, pathologically violent Wuornos rocking a gold dress as she mouthed ‘J’adore, Dior’, so it’s entirely to Theron’s credit that she so successfully removed any suggestion that the lead in Patty Jenkin’s instant classic was ever anything in the same realm as a South African supermodel. 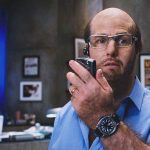 Tom Cruise has, for his entire career, enjoyed his status as leading man, delivering square jawed hero after square jawed hero, mixing things up from time to time (such as with his performance as the Vampire Lestat in Interview With The Vampire), but no one was prepared for his scene-stealing performance in Tropic Thunder. Playing a disgusting, over the top and definitely unhinged studio boss called Les Grossman, Cruise shocked and impressed in equal measure, revealing hitherto undiscovered comic chops and standing out as the funniest thing in a really very funny movie that also features star turns from Jack Black, Robert Downey Jr and Ben Stiller. No mean feat. 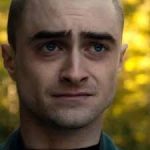 Daniel Radcliffe will seemingly go to any lengths to try and exorcise the ghost of Harry Potter (although not if rumours of a new trilogy based on Harry Potter and the Cursed Child are to be believed). He first struck out taking on the (very naked) lead in a stage revival of Equus – to universal acclaim – but it is arguably his latest performance in the riveting Imperium that will shock Potter fans the most. Playing an undercover FBI agent forced to infiltrate a group of white supremacists, Radcliffe utters the kind of hateful, racist language that would see Mrs Weasley send more than a sternly worded Howler and that would cause his beloved Dumbledore to spin in his grave. 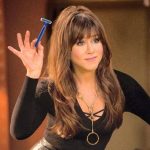 Jennifer Aniston, hot from being everyone’s favourite Friend, took on a range of film roles that, shall we say, didn’t exactly set the world on fire. Likewise, Colin Farrell, fresh from sex tape hell (seriously, never watch it if you’re fond of your sanity), was very familiar to audiences for a series of thrillers and dramas in which never looked anything other than his Celtic best. Horrible Bosses changed things for both of them with Aniston shocking as a sex-obsessed dentist with a mouth not suitable for kissing mothers with, whilst Farrell clearly had a blast as a balding, vulgar salesman who can’t believe his luck when he inherits the family business. Both comedy gold. 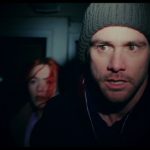 Famed for a series of googly-eyed, facially gymnastic roles in broad comedies like Liar, Liar, Dumb & Dumber and The Mask, Jim Carrey took a leftfield turn to star opposite Kate Winslet in French auteur Michel Gondry’s beautifully melancholy Eternal Sunshine Of The Spotless Mind. There’d been no previous suggestion that Carrey was capable of underplaying anything, or that he had a particular interest in French existential drama but while Kate Winslet impressed with a purple rinse, it was Ace Ventura himself who really impressed with a performance so far south of what we’d been used to that a whole new strand of his career opened up before our very eyes.