According to Variety, Dwayne “The Rock” Johnson is now officially the highest paid actor in Hollywood. He’s also regularly cited as the nicest, the most hard working and one of the smartest. Not bad for someone who started their career up to their eyes in spandex amid the pantomime theatrics of the world of professional wrestling? We take a look at his rise to fame, marking out some of his best performances to date 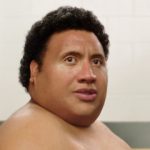 Central Intelligence is easily one of the most likeable comedies of 2016 – something more than verified by its global box office returns. The film takes the traditional buddy comedy and spins the usual tropes so that stand-up sensation Kevin Hart is ostensibly the straight man to Johnson’s leftfield CIA oddball. The film also explores the weight of expectation placed on High School successes as opposed to the cold, hard reality of life after education. Johnson is Bob Stone, formerly and quite literally the butt of every joke at school until his ultimate humiliation on graduation day leads him to transform every aspect of his life; ultimately becoming a secret agent. Hart is Calvin Joyner, the high school jock turned put-upon accountant. When Stone comes crashing back into his life, though, Joyner has to ask himself if his unhinged former friend is really anything more than a walking ball of paranoid delusions. Oh, and people keep trying to blow them both up. The film works on multiple levels but perhaps its most efficient trick comes from subverting what you expect. Johnson also delivers a remarkably camp performance that carries Central Intelligence to new comic heights. 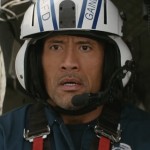 Despite being saddled with the distinctly un-heroic moniker of ‘Raymond’, Johnson once again proves that you can’t judge a book by its cover as he single-handedly rescues most of LA (well, his ex-wife and daughter) from the worst earthquake in the city’s history. Right from the opening scenes where he pals around with Colton Haynes before executing a daring helicopter rescue, you know you’re on wonderfully safe ground even as the fault lines in downtown LA start to say otherwise. San Andreas might have divided critics somewhat but the blueprint for all that is great about a Dwayne Johnson movie (namely, Dwayne Johnson) was firmly set by now and audiences lapped up the earth-shattering drama to the point that we’re all set for San Andreas 2 in the not too distant future.

The Fast & The Furious franchise 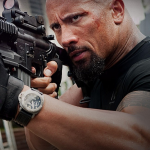 The Fast and the Furious franchise has been racing along from its first Paul Walker/Vin Diesel outing in 2001, building up a back story and a roster of regular cast members that slowly but surely hooked more and more fans. Unusually for a long-running franchise the fifth entry in the series brings in The Rock, working on the entirely sensible theory that he makes everything better. With Paul Walker’s character having switched sides from law enforcement to rebel on the run, Johnson’s ‘Hobbs’ came in as a tough, morally upright cop hot on the heels of our collection of loveable rogues. He’s as good with his fists as he is behind the wheel of a car. Johnson is now deeply entrenched in the franchise which is about to hit its eighth outing. 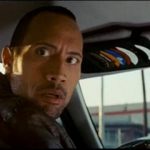 It’s a brave man who takes a classic Disney story (starring Christopher Lee and Bette Davis, no less) and then remakes it with The Rock, no? Brave, but ultimately smart, it seems, since Race To Witch Mountain is a pure, unadulterated joy. Johnson stars as a Vegas cab driver with a criminal past who inadvertently picks up two alien children trying to find their way back to their home planet, whilst outrunning the intergalactic hitman out to ensure that they don’t. What follows is an enormously good-natured romp featuring evil CIA agents, a genuinely scary, Terminator-esque alien villain and the by – now – familiar spark that Johnson brings to almost every project he touches.

Welcome To The Jungle 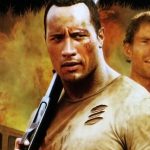 An early entry in Johnson’s catalogue, Welcome To The Jungle was also an early alert to the star potential of its hero. Johnson is a bounty hunter sent to the Amazon rainforest to retrieve a mobster’s wayward son (Sean William Scott, AKA Stifler from American Pie). Once there, Johnson realises Scott is searching for a long lost city and being bank-rolled/threatened/chased by Christopher Walken’s outright crazy local kingpin. There’s great fun to be had watching Walken and Johnson eyeball one another and even if that’s not for you, Johnson hits Sean William Scott in the face. A lot. 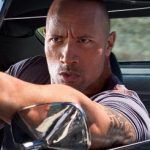 A lesser seen film from Dwayne’s back catalogue. He plays an ex con who is on a mission to track down and kill all the people who he believes have donehim wrong. It is a tight and fast paced revenge thriller with an absorbing game of cat and mouse between Johnson’s character and the unorthodox cop played with reliable intensity by Billy Bob Thornton.