Hollywood continues to tell the stories of great fictional leaders of all shapes and sizes.  Reflection on these men and women reminds us that each would have a very different take on how best to serve in the highest office in the land.  With the the US presidential elections all over we thought it was about time we took a look at some of the best and worst that we have seen on screen.This list represents an array of leadership styles ranging from heroic, to comical, to downright terrifying. 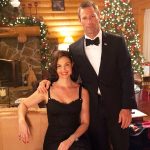 As if saving the world from global demolition once in a four year term was not enough, in the Olympus has Fallen sequel, London Has Fallen, President Benjamin Asher must do it all over again.  Only this time, with a side of tea and biscuits, and the backdrop of Big Ben and Westminster Abbey.  Played by Aaron Eckhart, the dashing Commander in Chief loses his beloved wife to an explosion on a Washington DC bridge in Olympus Has Fallen.  Heartbroken and determined, President Asher is resolved to stand up to the enemy, and conserve the indomitable image of the United States in the face of danger.  The stalwart leader assumes a bromance with his security detail, Mike Banning, played by Gerard Butler (300), the only man who can help him do what needs to be done.  Now, with yet another threat to world safety looming, the unstoppable pair are back in action.  This time, at the first sign of danger, it is clear that President Asher has learned a thing or two from his secret service bestie.  This is certainly not his first time on the merry-go- round of international crises and he is ready.  Passionately resolute, President Asher never backs down in the face of danger, and consistently puts the safety of his country first.  It’s a shame American presidents can’t be elected for a third term.  If we had it our way, he’d be royalty. 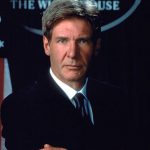 From broad cityscapes, to an airplane with presidential cargo, the entire plot of Air Force One takes place in flight on the American presidential air craft carrier HC-130.  In this 90’s action thriller, President James Marshall played by Harrison Ford single handedly takes down a group of Russian loyalists that have snuck onto his plane with the plot to release a detained Russian prisoner and execute the president himself.   A military hero and Medal of Honour recipient, when President Marshall is pushed into an escape pod for safety, the clever politician instead stashes himself in the plane’s cargo pit.  Once presumed to have been ejected from the aircraft, President Marshall kills off the unsuspecting guards and plane hijacker, and returns the rest of the passengers to safety, including his wife and daughter.  U.S. President Bill Clinton loved the film, and reportedly saw it twice in theatres.  He did admit however, there is no such escape pod on Air Force One.  Regardless, Ford did a beautiful job portraying one hell of a leader. 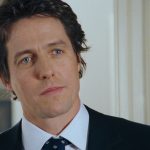 Shifting to a slightly less stalwart, but certainly more loveable leader, in Love Actually, Hugh Grant perfectly portrays David, newly elected Prime Minister who charms us endlessly with his endearing humanity.  Elected into office just around Christmas time, the bachelor Prime Minister falls in love with Natalie, the woman that brings him his afternoon tea. When the POTUS comes to visit for negotiations between the U.K. and the U.S., the flustered P.M. is initially permeable to the president’s unfair requests.  However, when the PM witnesses the married president making a pass at Natalie, he is suddenly emboldened to stand firm for Great Britain.  Not sure this is how things would actually go down outside the realms of Hollywood.  We certainly wouldn’t want a negotiation to hang on the balance of one bachelor’s lust for the cabinet tea waitress.  However, none can feign indifference when the underdog P.M. finds glory in his term through love.  It also makes for a great storyline in one of our favourite Christmas films. 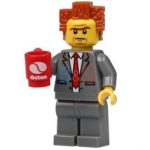 He may be a 4cm tall plastic Lego figure who’s plots are imagined by the crafty mind of a nine year old boy, but don’t let that undermine the sheer tyranny of President Business over the plebeian workman of the Lego community.  Voiced by the comedian Will Farrell (Anchorman, Zoolander) President Business, evil owner of all the buildings in Lego land is plotting to glue everything stuck so that no more building and rebuilding can ruin his precious empire.  Fortunately, President Business has a change in heart when he is moved by the impassioned words of one solo workman, voiced by the little boy playing the Legos in the film, who argues ardently for the power of imagination and freedom.  While we are appreciative of the happy ending, President Business proves himself as somewhat of a push-over as far as despotic leaders go. 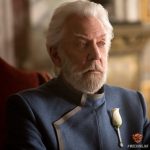 Where President Business fails, President Coriolanus Snow shines.  Mysteriously elegant, yet devilishly devious, the tyrant is played by the white haired, red lipped Donald Sutherland.  Killing anything or anyone that comes in the way of his power, President Snow has managed to slyly operate under the visage of selfless martyr in the name of the unity of Panem for far too long.  Leaving a signature rose wherever he goes, it is said the dictator wears a genetically manufactured ever- fragrant rose on his lapel to mask the stench of blood on his breath.  Though an astonishing mastermind of manipulation, President Snow is finally defeated by the brazen Katniss Everdeen and the resistance in the third and final film of The Hunger Games trilogy.  The thought of President Snow as the next candidate for U.S. president is properly chilling. 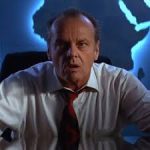 Despite a seasoned career of portraying endlessly maniacal and vigilant villains such as The Joker in Batman, and Jack Torrance in The Shining, in 90’s comedy, Mars Attacks, Nicholson plays exactly the opposite.  Though he is technically on the side of good as the leader of a nation attacked by invader aliens, President James Dale qualifies as one of the worst on screen leaders in that he is as ignorant as he is pompous.   A comedic satire of foreign affairs, in Mars Attacks, when aliens land in Washington D.C. with a plot to take over the world, President James Dale attempts to set up a negotiation for peace.  When the Aliens shoot down a Dove that has been released in the air to symbolize peace only to subsequently kill several more U.S. officials, President Dale brushes this off as the foreign creatures’ misunderstanding of the universal symbol for peace.  After a second violent attack from the aliens, President Dale is again encouraged to take nuclear action against the aliens, yet the president nonchalantly refuses.  Where the aforementioned Presidents Asher and James, and even Prime Minister David take action in face of territorial threat, President Dale is oblivious, and then cowardly in his country’s time of need.  I believe the lesson here is to never underestimate your competition.