Whilst the US is the home of Hollywood, it’s true to say that in the UK we have some of the best, home-grown actors. A (relatively) tiny island with a lot of talent, the UK is having a moment with actors such as Tom Hiddleston, Tom Hardy, Eddie Redmayne, Felicity Jones and Daisy Ridley currently leading the charge. However we are not the only smaller nation producing Award-winning talent that belies our size. To note the release of Operation Chromite, which boasts a cast including A-lister Liam Neeson alongside South Korean national (and set to be global) stars Lee Jung-jae and Lee Beom-su, we take a look at film actors who having been successful in their own countries broke out to become stars on a global stage. 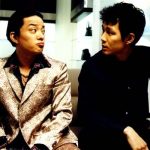 Starring alongside Liam Neeson as General MacArthur, Lee Jung-jae plays South Korean Navy Lieutenant Captain Jang Hak-soo, with Lee Beom-su as North Korean Defence Commander Lim Gye-jin. Both Jung-jae and Beom-su are major stars in their native South Korea. Jung-jae is also well known as a fashion model, having started out in this career before he was spotted for film and TV roles. Alongside Liam Neeson in Operation Chromite, Jung-jae and Bum-soo are imbued the opportunity to show their impressive range; delivering stand-out performances that will capture the attention of audiences across the UK and beyond. 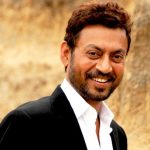 Born in Jaipur and acting since 1987, Irrfan Khan had his big break on a global scale in 2008’s phenomenal hit, Slumdog Millionaire, playing the hard-nosed Police Officer tasked with quizzing Jamal (Dev Patel) on how he answered his million dollar questions. Following the Oscar-winning success of the film, Khan went on to star in two major American blockbusters; The Amazing Spider-Man and Life of Pi (as adult Pi), both in 2012. More recently, Khan played Masrani in last year’s Jurassic World, cementing his position as a respected actor and well-known face around the world. 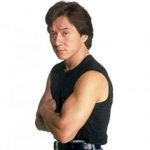 Jackie Chan was born Kong-sang Chan in Hong Kong, 1954. He immigrated to Canberra, Australia, at a very young age and it soon became clear that his talents lay in acrobatics, singing and martial arts. Starting off in a string of low-budget martial arts films and stuntman opposite Bruce Lee in 1972’s Fist of Fury and 1973’s Enter the Dragon, Chan’s reputation grew across the Kung Fu scene. Surprisingly, given his ubiquity by this point, he didn’t earn his big break on an international stage until 1998’s Rush Hour, the first film in the franchise. Along with films such as Shanghai Knights and The Karate Kid, this catapulted Chan to become a household name, with his trademark moves becoming synonymous with mainstream martial arts. This year it was announced that Chan was to be bestowed with an Honorary Lifetime Achievement Award at 2017’s Academy Awards. Proof, if ever it were needed, of how far he has come. 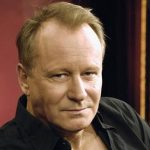 Stellan Skarsgård is a Swedish actor who is the very definition of a break-out star. Starting early, Skarsgård rose to fame in his teens through the titular role in leading Swedish TV show, Bombi Bitt och jag (Bombi Bitt and I). This was followed by a string of TV and film appearances in his native Sweden, making him one of the country’s most recognisable (and busy) faces. Despite causing ripples on the indie scene with Lars Von Trier’s Breaking The Waves, his first break on a global stage came in 1997, playing Professor Gerald Lambeau in the Oscar-winning Good Will Hunting. This was followed shortly by a role in 1998’s Ronin, before taking a darker turn in 2004’s Exorcist: The Beginning. With his global career continuing apace, Skarsgård starred in the acclaimed Mamma Mia! and The Girl With The Dragon Tattoo (as sinister character Martin Vanger), before becoming a fully paid up member of the Marvel universe; starring in Thor (2011), The Avengers (2012), Thor: The Dark World (2013) and Avengers: Age of Ultron (2015). 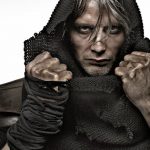 A relative latecomer to the acting world, Copenhagen-born Mads Dittmann Mikkelsen started out in life as a gymnast and ballet dancer before turning his attentions to a different kind of limelight. Mikkelsen’s debut acting role came in Nicolas Winding Refn’s Pusher in 1996, when he was 31 years old. The film was a hit, and with it Mikkelsen’s profile grew and the film spawned two further instalments. Mikkelsen went on to gain recognition in King Arthur – a commercial, if not critical, success. However his big break came in 2006 when he starred as bleeding eyed Bond villain, Le Chiffre, in Casino Royale; a role he apparently won with alarming ease, having fitted the filmmaker’s vision for the part so precisely. Mikklesen is undoubtedly a true screen talent, earning him a Best Actor Award at Cannes Film Festival in 2012 for his role in The Hunt. Over on the small screen, his reputation as a first rate villain was cemented in TV’s Hannibal, playing the titular role of Dr. Hannibal Lecter. 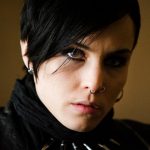 The last on the list is another Swede. Noomi Rapace was acting on stage and screen from the age of eight and was a highly acclaimed actor in her native land. Landing the part of Lisbeth Salander in the original version of The Girl With The Dragon Tattoo brought her to the attention of International audiences. The controversial character highlighted the skills of Rapace and resulted in Hollywood taking notice of her talents. Roles in the Sherlock Holmes sequel and Prometheus followed cementing her reputation. Next we see her in the Alien: Covenant movie followed by the lead role in the new Maria Callas biography.