2016 held a lot of promise in terms of movies. Trailers for all the big releases showed promise and a fair bit of quality. As we have come to expect this does not always lead to a satisfying finished product. There were also the films that people were actually willing to fail even before they hit the screen. DC films were the focus of the most vitriolic hate if you don’t take into account the dreadful and shameful online campaign waged against Ghostbusters. As it turned out all of these films turned out to be OK. Not the best of the year by far and they were not without their flaws but as it turned out they were far superior to the ten movies listed below. I am reluctant to call a movie bad as it involves over two years worth of effort from a large number of very talented people. The problem is usually that the focus is lost somewhere during the production process resulting in a finished film that just misses the mark. 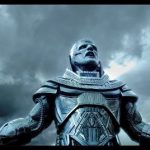 This was more of a missed opportunity rather than an outright failure. The preceding two X-Men films had resurrected the reputation of the franchise to such an extent that this was one of my most anticipated of the year. What we got was a flat and unconvincing film that failed to live up to expectations. Oscar Isaacs was totally wasted in the main antagonist role and the film just seemed to be repeating itself to the extent that we got another sequence where Quicksilver gets to do his thing while everything is in slow motion. When the end battle failed to spark any interest due to the fact that there was no indication that anything was at stake and we got the spectacle of yet another city being destroyed it was a mercy when it ended.

9. Pride And Prejudice and Zombies 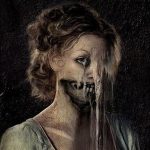 This seemed like a very good idea on paper. The result on screen was far from satisfying. The film turned out to be a one joke spectacle that soon became very tiresome. What is most disappointing is that the film starts well. The opening title sequence is very clever and sets up the rest of the movie really well. Unfortunately is never rises to that level again. The actors all play it straight with never a nod to the absurdity of the situation they find themselves in. Sam Riley as the main star in the film must have wondered what he did wrong to end being associated with such an undead turkey. 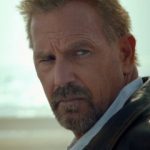 This just stood due to the really stupid concept. A top spy who is the process of delivering a secret to the US government is killed before he can complete his mission. His consciousness is then transferred into the brain of a convict who is expected to remember what the secret is. Sounds fun? Kind of. What we got was a big mess of a movie that couldn’t decide of it wanted to play it straight. The tone shifted from scene to scene, made so little use of star Ryan Reynolds and even Kevin Costner in his beat growling voice couldn’t save the film from mediocrity. 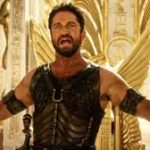 Director Alex Proyas went into full rant mode as Gods Of Egypt was just hitting cinemas. The initial reviews were so toxic that the film never had a chance to register a profit. They were right/ The film was dreadful. A film that used CGI to try to mask the fact that the story and the performances were just rubbish. |It was a series of big budget set pieces strung together with nothing of interest to hold it together. It didn’t hep that Gerard Butler was on hand to chew the scenery every time we saw him. 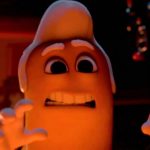 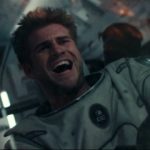 When it was announced that Roland Emmerich would be returning to make not one, but two films that would follow-up the 1996 hit there was a bit of skepticism. That Will Smith would not be returning should have been an indication but the announcement that Jeff Goldblum would reprise his role was a welcome distraction. The sequel fell into the usual trap of trying to be bigger and better. It got so big with continent sized invaders that the human stories were lost in the mix. We even had a scene when a school bus full of kids (and cute dog) was outrunning a massive spaceship. The lack of box office returns has put the third film in some doubt. That can only be a good thing. 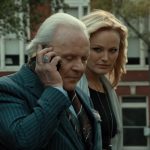 Misconduct was one of those films that you happen to come across and wonder why you have never heard of it. On the face of it is looked promising. Al Pacino and Anthony Hopkins on the poster either side of Josh Duhamel in the tale of financial intrigue and double-dealing. What we  got was a very tired story and two heavyweight actors who were there just to pick up the cheque. Pacino is hardly on the screen and when he is looks uninterested. 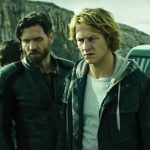 The Point Break remake has been kicking around for a number of years now. Different stars (including Gerard Butler) have been associated with the project. Taking on a remake was always a bad idea and the film makers decision to update the story to make the thieves extreme sport enthusiasts instead of just surfers made the film look like an extended video game with rubbish cut scenes joining it together. The action did look good but it only highlighted the fact that the story was weak and the actors were able to do little to make their characters memorable. 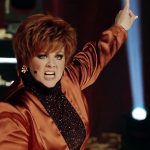 Melissa McCarthy can be a bit a an acquired taste. The Boss proved to be the worst film I have seen her in so far. It was a major disappointment as she had just come off the back of Spy which showcased her talent really well. The Boss was crass, stupid and very obvious. To think that having a sequence where we have her character beating up kids would be funny shows how misjudged the film actually was. 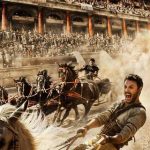 The first question the film makers should have asked was why? Ben Hur did not need a remake. Where was the audience for it. As it proved, there wasn’t one. The extended reliance on CGI wasn’t the biggest problem the film had. The two major set pieces involving CGI worked reasonably well. The chariot race nad the battle at sea were interesting spectacles. It was just everything else about the film. The main characters had no chemistry together. There was never any real hint that either was in danger at all. It was all very earnest and actually a bit dull. Even the scenes where Judah meets Christ were bad. Have JC doing a bit of woodwork while they talked was a bit too much and was unintentionally funny.