Kurt Russell is amazing. That’s all there really is to it, quite frankly. Hell, he’s so cool that when he gets cast in a Marvel superhero movie they decide he’s not going to play a superhero. He’s not even going to play a baddie. He’s going to play a planet! In the eagerly awaited Guardians Of The Galaxy Vol.2 Russell will be playing Ego The Living Planet and frankly there’s no greater compliment to one of the coolest men to have ever walked the earth. Younger viewers might not be so aware of this galactic level of cool, however, even after an ice cold performance as Jimmy Harrell in Deepwater Horizon. Sure, recent outings in The Hateful Eight, Bone Tomahawk and even Furious 7 have given audiences a reminder that this man can do no wrong but here’s a list to remind you that his cool runs much deeper than that. 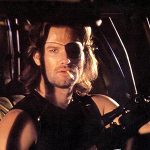 Russell first teamed with visionary director John Carpenter on a biopic about Elvis where he played The King himself, but their successful pairing really took off when Carpenter was on more familiar ground in the grungy sci-fi romp, Escape From New York. As Snake Plissken, Russell embodied the kind of cool that would define his early career (and his ongoing partnership with Carpenter). As a convicted bank robber sent into Manhattan (which is now a giant maximum security prison) to rescue the President whose plane crashed at its heart, Russell created an icon in Plissken that many have tried and failed to emulate. It’s a shame the 1996 sequel, Escape From LA didn’t hit quite the same heights but then lightning doesn’t strike twice… 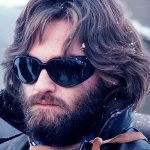 A third teaming with Carpenter created an instant classic in the form of the never bettered creature feature, The Thing. A loose remake of 1951’s The Thing From Another World (itself directed by an uncredited Howard Hughes and quite the classic in B-movies spheres), this slow-burning masterpiece sees Russell star as MacReady, the seemingly lone voice of reason on an isolated Arctic research base. When his compatriots discover an alien being in the snow that, once thawed, can incubate in, imitate and eviscerate whoever it likes, it’s down to MacReady to keep a cool head when everyone else is quite literally losing theirs. The blood test scene remains an iconic moment in cinema history, thanks as much to tight performances from all concerned as much as some incredible special effects work (way before CGI did the job for you).

In a remarkable change of pace, Russell demonstrated his chops as an understated performer in this true story about a nuclear plant worker who was purposely contaminated, psychologically tortured and quite possibly murdered in a bid to keep her quiet about safety violations at the plant. Meryl Streep acts up a storm as the titular Karen Silkwood, earning herself a Golden Globe win and an Oscar nomination in the process, and Cher also impresses as her best friend, but Russell is impressive here too, doing something a little different to most of his biggest roles and earning himself his own Golden Globe nomination to boot – no mean feat given the pedigree he’s surrounded by in what remains a hugely watchable and affecting drama. 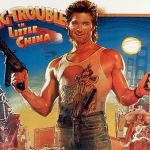 Boys of a certain age cherish this film. Russell teams with Carpenter again for what has become shorthand for a definitive Kurt Russell performance and quite why there’s never been a sequel frankly just beggars belief. Russell is Jack Burton, a long haul trucker and the owner of the Pork Chop Express who escorts a friend who owes him money back to San Francisco’s Little China so he can collect his Chinese bride-to-be from the airport before settling his debts. Factor in warring street gangs, terrifying elemental warriors and a centuries-old Chinese sorcerer called Lo Pan and you have all the elements for a classic John Carpenter caper that’s as fun as it is daft, whilst Russell’s confident swagger has never been more apparent than when he’s trying to impress Kim Cattrall’s Gracie Law. 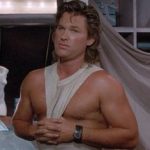 Did we mention that Russell has been partnered with Goldie Hawn for decades? Well he has, and here he shares the screen with her as well, adding screwball comedy to the list of his talents. Dean Proffitt is a slob living at one end of the food chain, whilst Hawn is Joanna, socialite extraordinaire and supreme snob. When she gets knocked off her luxury yacht, however, it’s Proffitt who rescues her and takes her to his home to recover. However, she can’t remember her former life and happily slots into Proffitt’s, looking after his kids, cleaning his home and, as you’d expect in any Garry Marshall (Pretty Woman) film, falling in love. Sure, he effectively kidnaps a woman but let’s gloss that because Pretty Woman falls apart fairly quickly if you stare at the central plot for too long, so let’s just not… 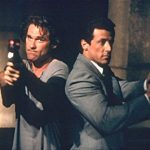 The late 80s was a golden age for action cinema and Russell wasn’t about to miss out on his bite of the cherry. Playing the slob, as per, opposite Sylvester Stallone’s straight laced LAPD detective, Tango & Cash sees the pair framed for the murder of an FBI agent in their joint pursuit of Jack Palance’s drug lord. Dripping with 80s tropes, Tango & Cash also manages to elevate itself above the identikit thrillers it was competing with thanks in no small part to the chemistry between Stallone and Russell, both clearly having the time of their lives. Special mention must also go to a gloriously bonkers Palance who isn’t so much chewing the scenery here as dining out on it over a period of weeks and months.