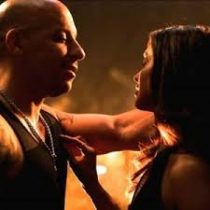 Xander Cage (Vin Diesel) is dead. Well, according to official reports that is. He is living the quiet life in the Dominican Republic when he is tracked down by CIA agent Jane Marke (Toni Collette) and recruited to find Pandora’s Box, a device that can take control of satellites and make them crash into specific targets. The fact that it was used to kill Gibbons (Samuel L Jackson) is the clincher. Cage puts together a team of like minded individuals and sets off to the Philippines in pursuit of the gang who stole the box. what they find is a team very much like them and a device that is only the prototype. The two teams must work together to track down the real device before it is deployed again.

With any film that uses action or stunts as its main draw it needs to go that bit further. In recent years the stars of action films have taken a more hands on approach to their performances. This allows a different approach to the look of the film and the way that the action is staged. Keanu Reeves is a case in point with his work ethic regarding The Matrix and the more recent John Wick series. The action scenes are shot in such a way that you can always see the main actor performing with little in the way of cut-aways or shots hiding their face. Unfortunately xXx is not that film. It is quite clear that a stunt double is used for a lot of Diesel’s work just from the way we are presented with the action. The stunt double doesn’t move or perform in the same way as diesel and it is quite easy to see that it is another person.  A bit disappointing considering that when Donnie Yen is on screen it is quite apparent that he is the one doing the kick ass moves.

The story in itself is a bit weak and even from the first scene the audience is able to work out what is going in, who is the real villain of the piece and how the movie will end. If the rest of the film was OK then this wouldn’t matter. As the rest of the film relies on the large set pieces and they are less than thrilling it soon becomes a bit of a slog to watch it. There is no tension at all. As with the story, we are able to determine the stakes and the level of peril for each character. There is no surprises or neat twists at all which ensure that the film falls slightly flat. This is a pity as some of the set pieces had an interesting premise, but with no or low stakes there is nothing to keep you engaged.

When you have the double whammy of poor story and lacklustre set pieces it really exposes the acting talent. Vin Diesel has seldom been called on to do much heaving lifting during his actin career. Here he is exposed and doesn’t come off very well at all. The dialogue he has to speak is clunky and bit repetitive as the plot is continuously being recapped in case the audience isn’t keeping up. Then again, at least he has some form of development throughout the film. The rest of the cast are reduced to walk on parts and get to show off their particular specialisation only when it is their turn.