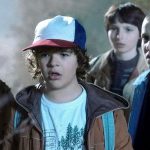 Something quite amazing has happened. I managed to accurately predict the future in one of my previous MovieScramble efforts. I posed a simple question: Has TV Killed The Cinema Star? I outlined the case for streaming services (and even traditional television series’) overtaking trips to the cinema as the way we consume our entertainment. Then, as if to confirm what I had said, accounting firm Price Waterhouse Coopers (as in, Oscar envelope-gate) released their annual entertainment report. It boldly declared that both Netflix and Amazon will overtake our spending on cinema trips by 2020.

That’s right – just three years away. I knew it was happening, but I didn’t think it would happen quite so soon. Paid for streaming and on-demand services will grow by more than 30% to an eye-watering £1.42 billion by the 2020 deadline. And, whilst cinema going doesn’t lag too far behind (at £1.41 billion) it still marks a significant change in the entertainment industry.

Where once there was ‘event cinema’, such as summer blockbusters or the latest film from a popular director or actor, now there is ‘event television’. I know people who genuinely were counting down the days until the new series of Twin Peaks or House of Cards dropped. Now, it feels like going to the cinema is something of a niche hobby. In fact, the last time I told a colleague I was going to see a film at my local multiplex, I was greeted with this statement: “Really? Do you not have Netflix?”

What’s worse is that Price Waterhouse Coopers also predict a “terminal decline” for sales of DVDs and Blu-rays. £1.22 billion worth of the products were purchased in 2016, but the total is expect to almost half at £533 million by 2021. Streaming service subscriptions are actually predicted to overtake DVD sales by the end of this year.

Call me old fashioned, but my DVD collection is my pride and joy. I think it says a lot about a person when you nosy in amongst their films. What have they committed to purchase? What special editions do they have? How have they organised their collection? (Alphabetised by genre is the aim!)

I also think that this is a passing phase. Remember when Kindles were the only way to read books? Now, actual physical copies of a text are slowly 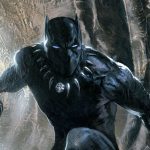 regaining popularity whilst sales of Kindles are down. In a similar vein, vinyl is making a comeback so maybe we’ll have to go out and buy VHS players again.

To be fair, if cinema can be expected to ‘bounce back’, as it were, it really needs to start treating viewers like adults. I love a big Marvel blockbuster, but the likes of Gods of Egypt and Warcraft are really scraping the bottom of the barrel. There’s no plot, no character development, no humour. Every time I hear Nicolas Cage is working on something new, another little part of me dies.

We need to stop making sequels (especially when we’re already on the third or fourth instalment of certain franchises) and start creating engaging, original content. Sure, I read once that there are only seven stories in the world. But we need to get creative about the way we tell them. Film-makers could do no harm in looking to European and Scandinavian cinema for inspiration. That doesn’t mean English language remakes, that means getting ideas.

However, it’s not all doom and gloom as the PwC report also predicts that cinema attendance will rise from 172 million admissions last year to 179 million by 2021 – with the number of screens in the UK growing from 4,143 to 4,452. So, all is not lost. We are still finding solace and entertainment in those deep red seats, surrounded by the sticky, sweet aroma of a Pick’n’Mix.

Maybe I am old-fashioned in wanting to share a laugh or a gasp or a cry with a room full of strangers. But, for me, there’s no better way to spend an evening. Just keep your hands out my popcorn and don’t ask stupid questions during the film. Oh – and phones off!