Denis Villeneuve’s Sicario was an immensely tense and gripping picture about the war on drugs. Lead by an impressive cast including Emily Blunt, Josh Brolin, and Benicio Del Toro, this thrilling narrative combined proficient action, intense suspense, and beautiful imagery that will hooked you from start and never let go. Del Toro’s performance as the ethically questionable Alejandro is the latest in a long line of complex characters whose morals are, at best, unclear. 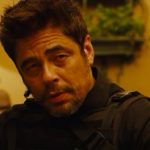 Benicio Del Toro’s BAFTA nominated performance as the mysterious hit man, Alejandro, steals the show in Denis Villeneuve’s incredibly tense drama about a task force searching to bring an end to a drug cartel kingpin. We aren’t given much information about Alejandro from the get go but it’s easy to see something isn’t quite right with the character. As the story progresses his motives and intentions become entirely clear, flipping what was originally perceived on its head and leaving you to wonder whether what he is doing is right or wrong. 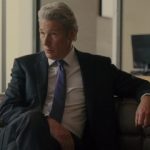 Nicholas Jarecki’s dramatic thriller, Arbitrage, tells the story of Robert Miller, a distressed hedge fund mogul who makes a number of morally questionable decisions in order to finalise the sale of his firm.  Ultimately Miller is a liar and a fraud that uses those closest to him at his expense. However, despite all his wrongdoings (and there are many) it is clear he is a man who deep down loves his family and strives to right all financial wrongs committed whilst handling his business. Richard Gere’s character becomes so enthralling that you can’t help but sympathise with him in spite of his callous nature. 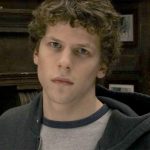 The combination of David Fincher’s direction, Aaron Sorkin’s screenplay, and Jesse Eisenberg’s portrayal of the social media magnate, Mark Zuckerberg, left most people questioning the Facebook creator’s principles. The story is told through flashbacks from the deposition hearings of two simultaneous lawsuits; one from two brothers claiming he stole their idea and one from his former best friend/co-creator of the site, who Zuckerberg essentially cut out of the company. Throughout the film we see Zuckerberg’s rise to notoriety with excessive hubris and blatant disregard for those around him. Yet it is still easy to see something likeable in the character, whether it is hunger to succeed, his inconceivable genius, or that despite being sued, Zuckerberg refuses to tarnish his ex-best friend’s image (the chicken incident). 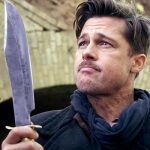 A number of Quentin Tarantino’s characters can fall into that moral grey space where you are not quite sure if what they are doing is ethically correct or not. One that particularly stands out is Brad Pitt’s Lt. Aldo Raine from Inglorious Basterds. Raine and his team are tasked with taking down the leaders of the Third Reich and, while the actions of the Nazi party were undeniably horrific and deserved to be stopped, it is the manner in which the lieutenant handles them which begs moral ambiguity. Facial mutilations, scalping, and baseball bat beatings are just a few of the ways Raine and the Basterds handle Nazis who cross their paths, always smiling and seemingly enjoying themselves whilst doing so.

Frank Abagnale Jr. – Catch Me If You Can 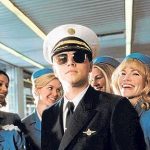 Spielberg’s take on the incredible true story of Frank Abagnale Jr. provides another good character for moral examination. Frank was a young man who deeply cared for his parents and it wasn’t until his family life started to fall apart that he began engaging in fraudulent behaviour. Despite all of his lies and crimes, it is still apparent that at the root of Frank Abagnale Jr. is a boy who genuinely feels sorry for his actions, loves his family, and desperately wants them back. This is evidenced throughout the film from when he buys his father a car, visits his mother’s house before being arrested, and most notably, agrees to work for the FBI to catch other frauds. 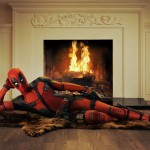 The highly anticipated Deadpool will be out in cinemas soon and focuses on a character that is untypical of most recent Marvel endeavours. Ryan Reynolds takes the helm as the merc with the mouth (one that isn’t sewn together this time around) and promises an ultra-violent, ultra-offensive, and ultra-funny take on the superhero.  The footage that has been released suggests Reynolds lived up to his promise and has given audiences a film with an unconventional protagonist whose intentions are good but shows signs of immorality throughout.